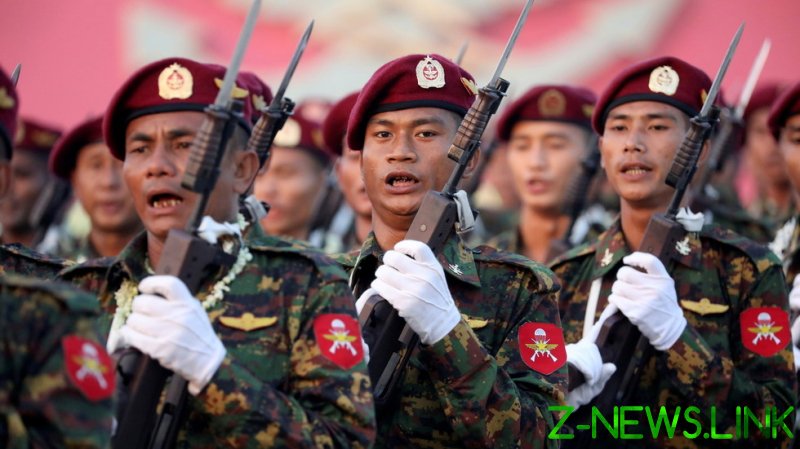 Myanmar’s military declared a state of emergency on Monday morning over allegations that NLD’s landslide victory in November’s parliamentary election was illegitimate. A military-owned television broadcaster announced that the commander-in-chief of the Myanmar Armed Forces, General Min Aung Hlaing, would be taking control of the country for one year, invoking a state of emergency as part of the military’s far-reaching powers under the constitution.

A statement released by the NLD and signed by Suu Kyi denounced the military’s actions as an attempt to “put the country back under a dictatorship,” and called on the people of Myanmar to reject the move.

The statement was issued by NLD chairman Win Htein, who claimed that the call for protest from Suu Kyi was genuine.

The military, known as the Tatmadaw, has not commented on the whereabouts or status of Suu Kyi, who was, along with Myanmar’s president, Win Myint and several other high-ranking officials, reportedly detained earlier today. A spokesperson for NLD said the party’s leader was “taken” and escorted away.

Tensions between the NLD and the Tatmadaw have been mounting since November’s vote, which gave Suu Kyi’s party 396 out of 476 seats in the bicameral parliament. The military-backed Union Solidarity and Development Party was only able to secure 33 seats.

Following the election, the military has repeatedly insisted that the blowout victory was the result of widespread fraud, alleging that voter lists contained as many as 8.6 million irregularities. However, the country’s election commission ruled last Thursday that there was not enough evidence to support the military’s claims.

The state of emergency comes just days after Myanmar’s military denied that it was threatening to stage a coup over the disputed election, saying media reports had misinterpreted warnings issued by the Tatmadaw. Last week, a military spokesman warned that the army was about to “take action” and implored observers “to wait and watch.”

The Southeast Asian nation had previously been under five decades of military rule.