LCH. Manchester City – Schalke. The announcement of the match 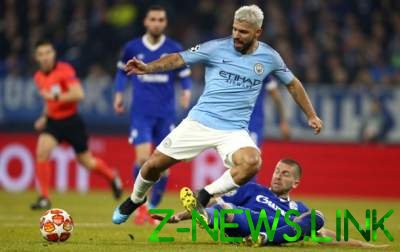 Manchester city in the return match of 1/8 final of the Champions League against Schalke will try not to repeat the fate of PSG and real Madrid.

The first match in Germany hardly has not made the intrigue in the battle of unequal opponents. Schalke almost before the final whistle was leading 2:1, but man city are in the minority, the efforts of Leroy Sané Raheem Sterling managed not only to tie but to win.

Even large employment losses (now “city” will not help de Bruyne, Mandy, Bravo, Kompany, Fernandinho, Otamendi) should not prevent the leader of the submarines to pass Schalke and to follow in the quarter-finals.

At Schalke there is not a single reason for optimism ahead of the return match against man city. In the Bundesliga in the last three games “Cobalt” has suffered three defeats with a total difference of 2:11, but in rivals Schalke were not the top clubs in the Bundesliga. To save from the resignation of Domenico Tedesco can only wonder.

Will we see the Ukrainian opposition? Oleksandr Zinchenko will probably be in the starting lineup on his club career in the city left back, but Evhen Konoplyanka and there are big issues. The former leader of the “Dnepr” in the last month have not played a single match.