Home / policy / Lawyer: leniency for “the Ingush case” may result in the aggravation of the situation

Lawyer: leniency for “the Ingush case” may result in the aggravation of the situation 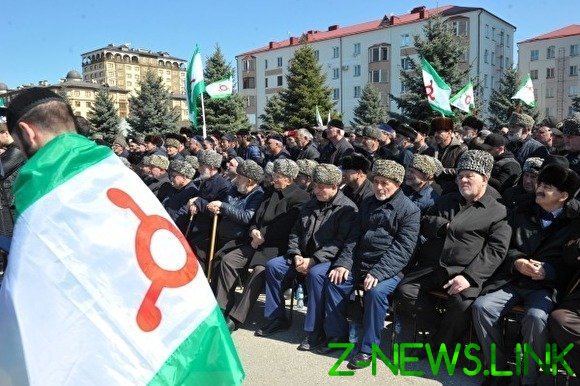 “Some Jesuit plan of the investigation”

Lawyer: leniency for “the Ingush case” may result in the aggravation of the situation

Several protesters against the change of borders between Ingushetia and Chechnya softened the accusation in a criminal case about the use of violence against the police. The charge was changed with part 2 of article 318 of the criminal code (up to 10 years of imprisonment) on part 1 of article 318 of the criminal code (five years imprisonment). However, according to the partner of the bar Association Pen & Paper, lawyer Vadim Klyuvgant, reducing the charges for some of the defendants may result in the aggravation of the situation for all defendants in “the Ingush cause.”

In particular, in the updated plot charges (has Znak.com) it is stated that those defendants, who softened the accusation was used to protest the violence to the police, “while under the influence and direction of” member of the Ingush Committee of national unity (ICNA) and the Council of teips of the Ingush people Ahmet barahoeva and head of the Council of teips of Ingushetia Massage Uzakova, “sharing with them the sense of political enmity with the current head of Ingushetia Yunus-Bek Yevkurov”.

“That is, the satisfaction of certain signs of the “thaw” in the case of the “Ingush Swamp” should not prevent to think two steps ahead. It may be some sort of Jesuit’s plan of the investigation. For example, if those who reduced the charges under article 318 of the criminal code now, admit guilt and then agree, including that the motive of their actions was “shared with the organizers a sense of political hatred”, one cannot exclude that this may be the basis for any new and very unpleasant accusations, as against these and against the other accused,” — said Klyuvgant.

We will remind, in the autumn of 2018 then the head of Ingushetia, Yunus-Bek Yevkurov and the head of Chechnya Ramzan Kadyrov has signed the agreement on the transfer of part of the land of Ingushetia, Chechnya. Under this agreement, Ingushetia received from Chechnya, part of the Nadterechny district, instead of Ingushetia handed over to the Chechen territory on the border with the Malgobek district, the site of the Sunzha district. However, the residents of Ingushetia did not agree with this state of Affairs, after which the Republic hosted a number of sanctioned and unsanctioned rallies. The constitutional court of Ingushetia sided with the protesters, but Russia’s constitutional court ruled that the agreement on transfer of lands legally.

At the end of March 2019 protests resumed. 26-27 March Magas was held at first agreed with the authorities, and then — a spontaneous rally against the changes of the border with Chechnya and the rules of the referendum. The protest ended with clashes with the security forces — this was one of the reasons for initiation of criminal cases against participants of protests (about the attack on representatives of the authorities and calls for mass riots). Later, the protesters blocked the Federal highway “Kavkaz” near Nazran, where, among other things, demanded the resignation of the head of the Republic Yunus-Bek Yevkurov. On the resignation of Yevkurov announced on June 24.