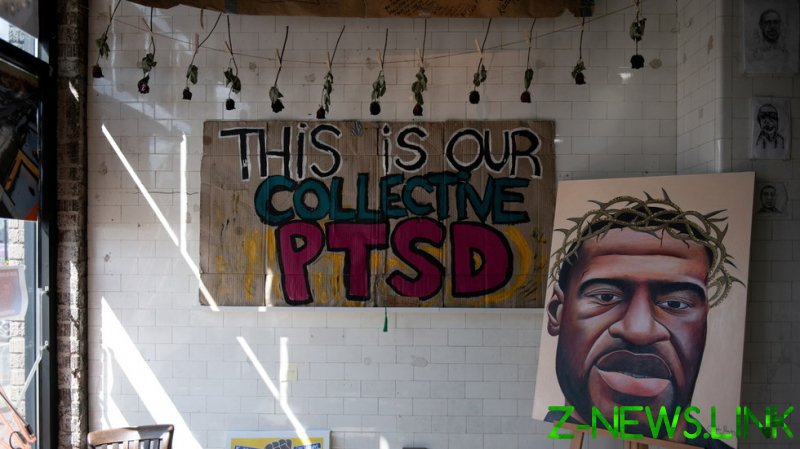 Attorney Eric Nelson said in a court filing on Tuesday that Chauvin was deprived of a fair trial, partly because Hennepin County District Court Judge Peter Cahill denied his request for a change of venue despite intense publicity surrounding the case.

He added that the jury wasn’t sequestered or admonished to avoid all media, exposing them to prejudicial publicity and “intimidation or fear of retribution.”

Nelson believes that the prosecution committed misconduct by “disparaging the defense, improper vouching and failing to adequately prepare its witnesses.”

The jury delivered its verdict on April 20, finding Chauvin guilty of second- and third-degree murder, as well as second-degree manslaughter in connection with Floyd’s death last May. A video of the incident, in which Chauvin was seen kneeling against Floyd’s neck and back for more than nine minutes, helped spark a wave of Black Lives Matter protests across the US last summer, which repeatedly turned violent.

“The publicity here was so pervasive and so prejudicial before and during this trial that it amounted to a structural defect in the proceedings,” Nelson said in Tuesday’s filing. He said the court abused its discretion by refusing to move the trial and that the verdict was “contrary to law.”

In denying Nelson’s request for a change of venue in March, Cahill said he didn’t think there was any place in Minnesota that hadn’t been awash in extreme amounts of pre-trial publicity.

As for jury intimidation, even the judge himself acknowledged the day before the verdict was announced that comments made publicly by US Representative Maxine Waters (D-California) could lead to “this whole trial being overturned.” Waters had said that protesters would need to get “more confrontational” if the jury failed to reach the “right” verdict, guilty of murder.

At least one member of the jury panel admitted to being troubled by the publicity. Lisa Christensen, an alternate juror in the case, said she feared “rioting and destruction” if Chauvin weren’t convicted.

“I was concerned about people coming to my house if they were not happy with the verdict,” she told KARE-TV.

Nelson said the jury felt “race-based pressure” during the trial and failed to follow the judge’s instructions during deliberations. He didn’t name which juror or jurors he was accusing of misconduct; rather, he asked the court for more time to finish investigating that aspect of his appeal.

Brandon Mitchell, the first juror to come out publicly and do media interviews about the trial, suggested in one of those conversations that he views jury service as a form of community activism.

The 31-year-old Mitchell, who is black and coaches high school basketball, assured Cahill during the jury selection process in March that he had heard little about the George Floyd civil case and that nothing would prevent him from serving as an impartial juror. He also said he hadn’t attended any protests over police brutality.

During questioning by Nelson, Mitchell had said he didn’t know whether Chauvin had done anything wrong and that he believed the officer had no intention of harming anyone.

However, Mitchell participated in the March on Washington last August, where members of Floyd’s family gave speeches. A photo on social media also showed him wearing a Black Lives Matter hat and a T-shirt that said “Get your knee off our necks” – a message that appears to reflect a strong opinion of the Floyd case.