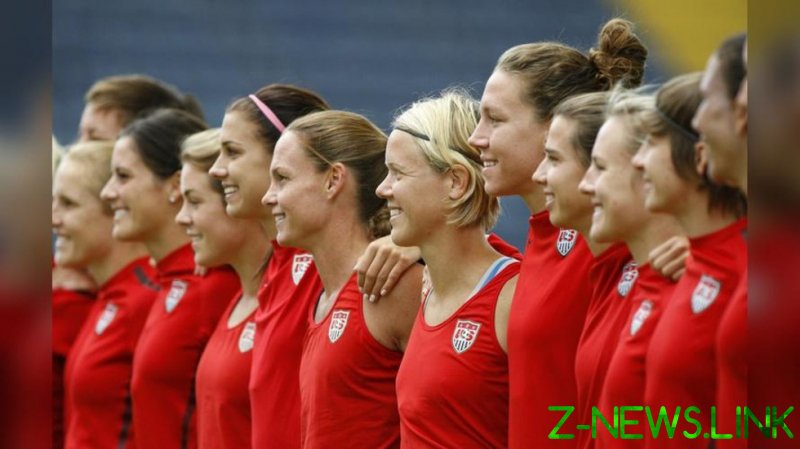 “These bills do uphold white supremacy under the guise of protecting women’s sport when we actually know that women’s sport, protection of it, would be to have more funding, have more women in leadership positions, equal pay,” Lindsey said on Saturday in a CBS News interview. “Reality, though, is that these trans youth just want to participate with their friends and play sport just like everyone else.”

The interview came in response to a bill introduced by Pennsylvania lawmakers that would prohibit transgender girls from competing on female sports teams. Pennsylvania Governor Tom Wolf has said he will veto the legislation if it passes, but Alabama’s Kay Ivey became the latest US governor to sign such a bill into law on Friday.

Two dozen states have had similar bills pending this year to block biological males from female sports. Idaho became the first state to enact such a ban last year, but enforcement has been stalled there because of a court battle. Arkansas and Mississippi preceded Alabama in enacting such laws this year. Governors in Kansas, North Dakota and South Dakota have vetoed similar bills.

Proponents of trans bans have said they want to protect girls from unfair competition and losing college scholarships to biologically advantaged transgender females. Critics have argued that it’s unfair and harmful to deny transgender students the opportunity to participate in sports, which can help them cope with high levels of bullying and depression.

But Lindsey added a new wrinkle to the debate on Saturday, bringing race into the discussion. Apparently confused over the link to white supremacy, CBS anchor Lana Zak tried to follow up, asking Lindsey how she would appeal to a parent who thinks the issue is “just about sports to see that there’s actually a greater debate that this is a proxy for?”

Lindsey didn’t articulate the racial aspect specifically, but said, “It’s not about coming in and taking over women’s sport. It’s about just having the access to the lessons that sport teach us. That should be upheld across this country because years ago, we decided that discrimination is not right in this country and that we need to continue to provide access and that everyone should have equal opportunity.”

Social media users were perplexed by Lindsey’s response, arguing that race and gender identity have nothing to do with each other. Others argued the merits of the issue, with one Twitter user pointing out that Team USA lost to a boy’s under-15 club team in a 2017 scrimmage while preparing for a match with Russia.

Lindsey was a member of under-17 and under-21 girls’ national teams, and she played in 31 games for the US women’s national team from 2005 to 2013. She also played professionally until 2015, then became a women’s soccer broadcaster.