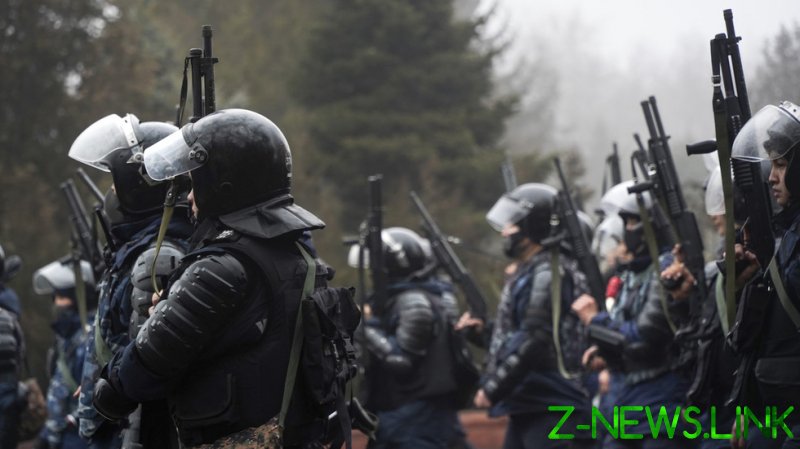 Three law enforcement personnel have been beheaded during violent protests in the Kazakhstani city of Almaty, according to local media reports on Thursday.

News of the alleged incidents was broadcast by Nur-Sultan’s state-run TV channel Khabar 24, citing city authorities. Some 353 officers are said to have been injured, so far. The death toll among police and security service members has reportedly reached 13.

It is not yet clear whether the rioters decapitated the victims while they were still alive or mutilated their bodies posthumously.

The channel cited officials as stating that the beheadings were “direct proof of the rioting groups’ terrorist and extremist nature.”

Russia’s RIA news agency has reached out to authorities in Almaty for comment, with officials telling its journalists that at least two bodies had been found headless.

Protests flared in multiple regions in Kazakhstan this week, with citizens initially decrying a steep hike in the cost of liquefied petroleum gas. In an apparent bid to deescalate the situation, President Kassym-Jomart Tokayev imposed a ceiling on fuel prices for six months and disbanded his government. However, violent demonstrations continue unabated, with the former capital, Almaty, becoming the focus.

Special units were deployed to Almaty on Wednesday night, with reports of gunfights between the security forces and armed rioters. Authorities say dozens of armed citizens were shot and killed by the police.