Home / WORLD / Lavrov says EU foreign policy head told him to STAY OUT of ‘our’ Africa, as he denies Moscow’s role in mercenaries invited to Mali 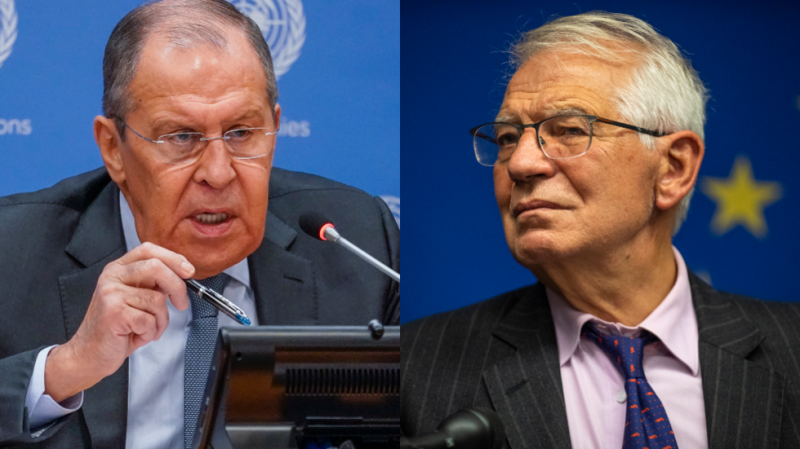 The modern EU bureaucracy may seem light years away from the rapacious colonial powers of olden Europe, but geopolitics seemingly still reigns in Brussels, with the fight this time over influence in the troubled West African nation of Mali. With Mali’s military-ruled government struggling to quell a wave of jihadism, and France on the cusp of withdrawing its forces from the region, the country is now reportedly looking to hire as many as 1,000 private mercenaries from the controversial Russian Wagner Group to bolster its own forces.

The deal led to a wave of condemnation from the West, with officials in the US and Europe viewing it as an effort by Moscow to muscle into African affairs. “We continue to be concerned about the rise… of malign influences on the continent,” an American official said on Friday.

Lavrov has dismissed accusations of Russian government involvement, saying on Saturday at the United Nations General Assembly in New York that the Kremlin had “nothing to do with” the deal, which was negotiated between Mali’s government and a “private military contractor.”

Mali has been seeking outside help since the assistance from its foreign backers ran out, and because its government considers its own resources to be inefficient, Lavrov said, adding that Russia has been providing assistance in the form both of “military hardware,” and diplomatically, through the UN Security Council.

Responding to a question by RT’s Caleb Maupin, Lavrov then revealed that he had had an interesting encounter with Borrell, the EU’s top representative for foreign affairs and security.

Lavrov called Borrell’s warning “deeply insulting.” The Russian FM added that Moscow and the EU should instead “work in sync in Africa, in Mali, in the Sahara/Sahel region.”

“Statements like ‘I’m the first here. That’s my place – go away’, this is deeply insulting. These aren’t terms you should use with anyone,” he said.

The Wagner Group gained notoriety in the media in recent years, after providing mercenary work in Syria and a handful of African countries. The group has also reportedly carried out training, security, and counterterrorism tasks in Sudan, the Central African Republic, Madagascar, Mozambique, and Libya. While its work in Africa has been described by Washington as a “malign influence,” ironically, similar American and British companies – among them Academi, Aegis, and G4S – have been contracted by the US Department of Defense and the CIA to carry out military work abroad.