Lavrov criticized the new US sanctions 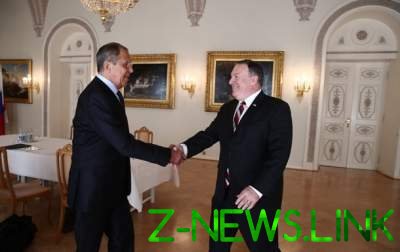 The Russian foreign Minister stated categorically reject sanctions because of the case Skrobala.

“The Russian side had expressed a categorical rejection of the recently announced Washington’s new sanctions, citing the alleged information about the Russian involvement in the so-called business Skrypalia”, – stated in the message.

As noted in the Agency, Lavrov stressed that neither the US nor the UK did not provide “a single fact” to support such claims.

In addition, we discussed a number of issues on the international agenda, including the situation in Syria, as well as some other topics discussed during the meeting of presidents of Russia and USA in Helsinki on 16 July.

Recall that on 8 August it became known about plans of the USA to impose sanctions against Russia over the poisoning of former GRU officer Sergei Skripal and his daughter Julia in British Salisbury. The introduction of restrictive measures in the state Department’s promise to implement in two stages. First in Russia will forbid to supply a range of American goods related to national security, particularly electronics dual-purpose.

If Moscow does not provide a guarantee of non-use of chemical weapons and does not agree to allow international experts, Washington is threatening to reduce the level of diplomatic relations, to reduce external trade between countries and to prevent Russia from obtaining international Bank loans.

In turn, the Russian foreign Ministry said that the United States are on the path of further deterioration of bilateral relations, and promised mirrored measures.