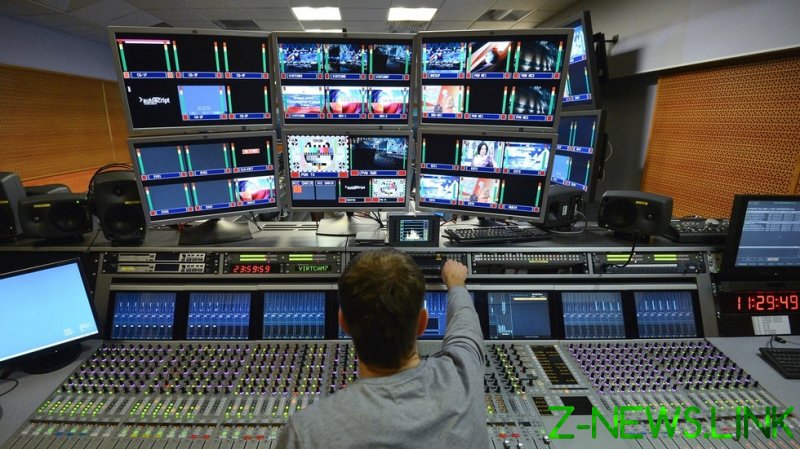 Earlier this month, local media reported that the Seimas, the Baltic nation’s parliament, had adopted a bill in its final reading that will criminalize people for watching unauthorized broadcasts.

The networks that will be affected are said to include dozens of Russian television channels for which signals can be picked up from across the border. More than one in three Latvians speaks Russian at home, but dozens of broadcasters showing programs in the language have had their licenses revoked and been banned from the country’s airwaves since earlier this month.

Ivars Abolins, the chairman of Latvia’s National Council for Electronic Media (NEPLP), issued a statement backing the ban. “We have protected, are protecting, and will protect our information space,” he said. Regulators claim that talk show guests on the Russian-speaking channels have incited hatred and called for war in Europe.

The Russian Embassy in Riga issued a stern protest in response. In a post to its Facebook page it said that the policy was “in the best traditions of dictatorship.”

Riga’s move has likely been inspired by the fact that “Harmony,” the country’s main opposition party, is led by Russian speakers and has close links to the leftist Russian grouping, “Fair Russia.” Harmony won 23 of the 100 seats in the Seimas in the 2018 election.

“Violation of free speech? That’s just the start of it,” it added. “Apparently, in a free market environment, Latvian television channels cannot compete, even in the information space of their own country.”

However, under the old rules, while the channels themselves were prohibited, plucky viewers intent on getting a fix of their favorite shows in their native language did not fall foul of the law. Now though, consumers themselves are likely to face financial penalties if they are caught watching illicit programming. Lawmakers note that 62,000 households tuned into illegal satellite broadcasts in 2018, the most recent year for which figures were given.

The Reporters Without Borders NGO issued a warning last summer after a number of Baltic nations moved to ban several separate RT channels. The free speech watchdog said that “While it is legitimate to defend and promote independent and reliable news reporting,” it “regards these closures as a misuse of the EU sanctions policy.”

“Rather than banning media outlets on loose grounds and on a flimsy legal basis,” it argued, “countries can require all media to guarantee editorial independence and can then impose legitimate sanctions, subject to judicial control, when it is established that media outlets have not complied with their obligations.”

Ukraine has also recently come under fire from both Russian and European politicians for its decision to block and ban a series of Russian-language outlets, run and produced by Russian-speaking Ukrainians from within the country. One in three Ukrainians speaks Russian at home as a first language, but Kiev has claimed the channels amount to pro-Kremlin propaganda.