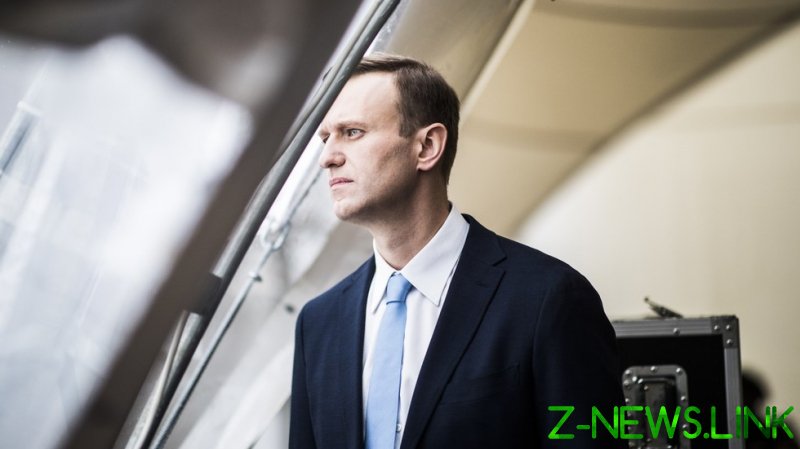 At this point, Western reporters covering the story are either completely high on the Kool-Aid or they are going to intense lengths to suppress their skepticism, because so much of the narrative simply doesn’t add up.

The opposition figure’s condition when he was first hospitalized, in Siberia, was clearly very grave. He was placed into an induced coma and attached to a ventilator. The situation was so serious that his wife and associates demanded he be moved abroad, to Germany, for treatment. A request Russian authorities acquiesced to the following evening, after a tense day when the doctors treating him in Omsk stated that they felt he was too unwell to travel, and his associates alleged they were stalling.

Since Navalny’s arrival in Berlin, things have become politicized, and there has been talk of sanctions and other diplomatic and economic penalties being directed at Russia. Germany insists that its experts found traces of the extremely lethal Novichok poison in the activist’s system. Angela Merkel herself has more-or-less accused the Russian government of being behind what she has described as an “attempted murder.”

Moscow claims that Russian doctors didn’t find any substance of that nature in their tests. But Berlin has shot back by saying laboratories in France and Sweden have backed up its assertions.

When it comes to Russia, the mainstream Western media operates in a self-contained pit of rumor, fear, braggadocio, bulls**t, and propaganda. Thus its correspondents have treated the Navalny case in a predictable fashion: Any pronouncements from the opposition figure’s associates, and the German government – even when contradictory or scarcely believable – are treated like gospel truth, but anything Russian officials say is immediately disparaged.

Before Thursday, the most blatant example of this came on September 9, when, to quote Max Seddon, a Moscow correspondent for the Financial Times, “Germany apparently concluded (that) Navalny was poisoned with a substance ‘that the world did not know until this attack, but which is more malicious and deadly than all known offshoots of the Novichok family,’ and that Russian security must have done it.”

Now, given that the previous incarnation of Novichok was said to be eight times more potent than VX (a deadly nerve agent famously used in the assassination of North Korean leader Kim Jong-un’s half brother Kim Jong-nam), if the new variant is even deadlier, how could Navalny not only be alive, but, at that point, already out of his coma.

Less than a week later, he was able to get out of bed, and pose for photographs. Yet, Western media has just accepted the German statement at face value and has failed to ask how can a pronouncement like this be credible?

Now, we have an even stranger illustration. On Thursday Navalny’s team posted a video to his official Instagram, which alleges that traces of Novichok were found on a water bottle in his Tomsk hotel room, where he stayed the night before the ill-fated flight to Moscow.

They described how, after learning that his plane had been forced to make an emergency landing, his aides went to the room, which had not yet been cleaned. The video shows Navalny’s supporters “recording, describing, and packing” everything they found there. According to the text, they took what they found to scientists in Germany.

While Western media has faithfully amplified the allegations, the reality is it’s all pretty hard to swallow. For the narrative to be true, we have to suspend disbelief, and imagine that the Kremlin’s crack assassins tried to kill Navalny by dousing the most deadly nerve agent known to man on bottles in his hotel room. Then, they didn’t even bother trying to cover up their dastardly act by at least telling the hotel to have housekeeping clean up the place and remove the receptacles?

Instead, they just left the evidence there, not at all worried that the Novichok might kill the hotel staff or the next guest in the room, leading to the exposure of the secret agents involved, and a local scandal. Also, how did the poisoners know which room Navalny would stay in? It’s common knowledge that his team never books under his name, so they could just as easily have killed one of his aides.

Also, how did they time the Novichok to conveniently work while the activist was on his flight, given they could not have known what time he’d take a swig of the water? Plus, what if he never drank it at all, and instead gave it to a thirsty comrade? Perhaps the Kremlin assassins stuck a label on it? ‘For Alexei Anatolievich only! Please drink at precisely (whatever) o’clock’.

What’s more, you then have to imagine Navalny’s team came back, with no protective gear, beyond rubber gloves, and touched bottles laced with this killer substance, but suffered no side effects? Not only this, but they managed to subsequently fly them out of the country, presumably on commercial flights, during a pandemic when direct routes from Russia to Berlin are closed? Without any care for the dangers of taking a potentially lethal substance on a plane full of innocent passengers?

The story pushes beyond the normal bounds of believability, and stretches all credibility. It’s also another example of how bad and distorted Western reporting out of Moscow has become. Much of it being little more than PR boosterism for those opposition figures who are viewed as favourable to Western interests in Russia.