Home / WORLD / Larry Sanger is right, Wikipedia has become the establishment thought police – just look at my entry on there

Larry Sanger is right, Wikipedia has become the establishment thought police – just look at my entry on there 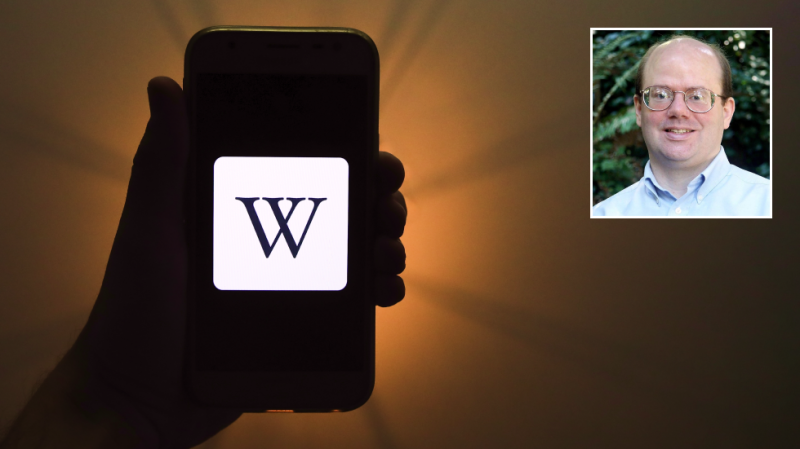 In February 2021, Larry Sanger, one of the founders of the online encyclopedia, said, “The days of Wikipedia’s robust commitment to neutrality are long gone.” This was not his first time speaking out against Wikipedia. Personally, I was surprised to learn that Wikipedia was ever neutral.

In his more recent post, ‘Wikipedia Is More One-Sided Than Ever’, Sanger wrote:

“Wikipedia, like many other deeply biased institutions of our brave new digital world, has made itself into a kind of thought police that has de facto shackled conservative viewpoints with which they disagree. Democracy cannot thrive under such conditions: I maintain that Wikipedia has become an opponent of vigorous democracy.”

I would extend his criticism to note that it is not only conservative views that are censored, but anti-Imperialist views, health care, and, specifically in the case of Syria, voices who have reported extensively from on the ground and contest official narratives about the country. These include me and British journalist Vanessa Beeley. Not coincidentally, we have both been subjected to relentless smear pieces from the Western media and the self-proclaimed fact checkers of Snopes, branding us cheerleaders for terrorists in Syria.

Unsurprisingly, the bulk of the wiki-smears on us consists of those character assassination articles.

There are of course many more voices who have reported honestly on Syria but, for some reason, I couldn’t find smear entries on them. On the contrary, some have what appear to be glossy PR entries of a more biographical nature, lauding their work.

But for Vanessa Beeley and I, although much biographical information on each of us is widely available online, the Wiki entries remain devoid of the usual bios and instead are just designed to discredit us.

Sanger noted that, “All encyclopedic content on Wikipedia,” declares a policy page, “must be written from a neutral point of view (NPOV).”

He went on to detail what this “neutrality” means or should mean.

“From a truly neutral article, you would learn why, on a whole variety of issues, conservatives believe one thing, while progressives believe another thing. And then you would be able to make up your own mind.

Is that what Wikipedia offers? As we will see, the answer is No.”

He went on to give numerous examples of Wikipedia’s stark lack of neutrality on critical issues. For the sake of brevity, I would encourage readers to check out on Sanger’s article for the full list.

However, let’s look at the entries on myself and Vanessa Beeley.

Mine refers to me as “aCanadian activist and blogger who is known for promoting conspiracy theories aboutSyria.” Relegating me to a “blogger” was clearly intended to dispute my credentials as a journalist. Credentials which the Mexican Journalists’ Press Club deemed journalistically credible enough to award. Likewise, award-winning journalist and filmmaker John Pilger more recently deemed my latest article on the Douma chemical hoax an “outstanding report.”

The Wiki smear also states that I “write op-eds for the television network RT.” For a while, that line read, “She blogs for the Russian-controlled outlet RT”, a bogus claim that many journalists (including the fact checkers of Channel 4) have copy-paste repeated without bothering to see that, like tens of other journalists, what I write is actually for the op-edge section of RT’s website.

The entry goes on to cite from the litany of smear articles against me since 2016, smears which I have refuted, and which always read the same: copy-paste character assassinations that whitewash terrorism in Syria.

Then, there is the clear instance of libel: Wikipedia’s assertion that I, “went on a government-sponsored trip toNorth Korea.”

In fact, my August 2017 trip to the DPRK was not paid for by any government, but by myself, with some support from a colleague who knew I lived on a shoestring.

This lie was most recently regurgitated by British journalist (and I use that term generously) Brian Whitaker.

Any defamation lawyers out there?

Similarly, the Wiki smear entry on Vanessa Beeley relegates her to mere “blogger” status (although John Pilger thinks highly enough of her, and myself, to have highlighted our “substantiated investigative work”) and in 2018 she was included on a list of the most respected journalists in the UK.

It includes the same“conspiracy theories and disinformation” line that mine does, as well as the usual, predictable anti-Russia rhetoric.

But even I was shocked to see Wikipedia’s claim that Beeley has, “been a frequent guest onInfoWars.” When I asked her about this, she replied: “This is an outright lie. I have never been a guest of Infowars. I challenge Wikipedia to publish the multiple interviews they claim exist. They can’t.”

So there we have it. Not only are the entries not even close to neutral, each contains outright fabrication in addition to the character assassinations.

At some point in 2018, I shared an email I had received from a Wikipedia editor, which noted:

“Dear Eva, I’m writing to inform you that we have taken action against a banned user who evaded their ban to create an article about you. The article has been removed. I do not have the full context here, but the content seems to have been extremely problematic and from your Twitter and the flood of supporter emails we received yesterday, I gather this has been an issue for some time.”

And indeed, supporters told me they had contacted Wikipedia to challenge the smear entry on me and were successful in making changes to read more fairly. Yet, in short time, the entry returned to nearly exactly as it had originally been.

The Wikitalk portion of the smear entry on me points out: “Contentious material about living persons that is unsourced orpoorly sourced must be removed immediately from the article and its talk page, especially if potentiallylibellous. If such material is repeatedly inserted, or if you have other concerns, please report the issue tothis noticeboard.”

But no, that hasn’t happened in my entry.

On the same page, supporters called Wikipedia out: “It’s bordering onWP:ATTACK. Nothing about her early life, education or volunteer activities etc, which you’d expect to find in a Biography. It’s just a monologue of critical opinion pieces, with a couple of lines thrown in at the end to cover her response & with a selective focus on the usual slanted key words used to disparage.”

Another critic of the entry pointed out the sources used were “questionable”, including noting that one source, Al Jazeera, is, “owned by theQatari Royal family…andQatar has been funding some of the Salafi rebels in Syria. Seriously, does anyone think they will report even remotely fairy on Eva Bartlett?”

In his June post on Wikipedia, Larry Sanger wrote:

“Democracy requires that voters be given the full range of views on controversial issues, so that they can make up their minds for themselves. If society’s main information sources march in ideological lockstep, they make a mockery of democracy. Then the wealthy and powerful need only gain control of the few approved organs of acceptable thought; then they will be able to manipulate and ultimately control all important political dialogue.”

Similarly, Vanessa Beeley had this to say on the matter: “The Jimmy Wales Wikipedia enterprise is little more than a McCarthyite echo chamber that is weaponized to discredit journalists and academics who are influential in challenging US or UK Imperialist policies. There is virtually no redress for the targeted individuals, ‘editors’ scrub any corrections almost immediately. Wikipedia is effectively a gatekeeper for the ruling class.”

In any case, for those interested in a fairer rendition of who is Eva Bartlett, someone created an entry on a site called Everpedia, and otherwise I have an about me section on my blog.

Unfortunately, many will first come across the wiki entries on myself and colleagues, and many will stop there.  But, after all the smears, my skin has grown thick and I’m at peace with the fact that I know I’ve reported honestly.

I highly doubt the editors behind such Wiki smears can say the same of their edits.