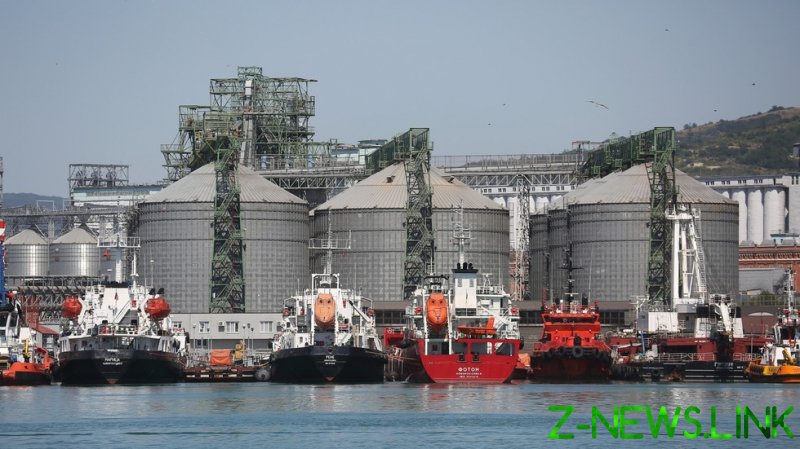 The country’s Investigative Committee opened a case on Wednesday, saying it would investigate the incident following massive public uproar in Russia.

The oil spill was first noticed off the coast near the port city of Novorossiysk on August 7. According to preliminary data, the oil leaked into the sea from a terminal belonging to the Caspian Pipeline Consortium when it was pumped into a Greek tanker, ‘Minerva Symphony.’

The consortium confirmed there was a leak, but initially said that only 12 cubic meters of oil escaped into the sea and covered just 200 square meters. However, satellite images made by the Space Research Institute of the Russian Academy of Sciences showed that the spill is some 400,000 times larger and covers nearly 80 square kilometers.

While a storm pushed the oil spill further into the sea, it also ‘saved’ the Russian coast from a major cleanup operation, the Oceanography Institute of the Russian Academy of Sciences said. The exact ecological damage is still unclear.

A dolphinarium located in the Russian Black Sea resort of Anapa – some 50 kilometers north of Novorossiysk – reported that its staff found small oil slicks in the sea, though it was not immediately clear if the discovery was linked to the disaster in Novorossiysk. The cleanup operation could take up to two weeks, according to local media reports.