It became known about one of the most brutal cases of fire technology Apple – laptop Apple MacBook Pro caught fire directly into the lap of its owner. The victim is the American DJ White Panda, who owned the most current model of this mobile PC. 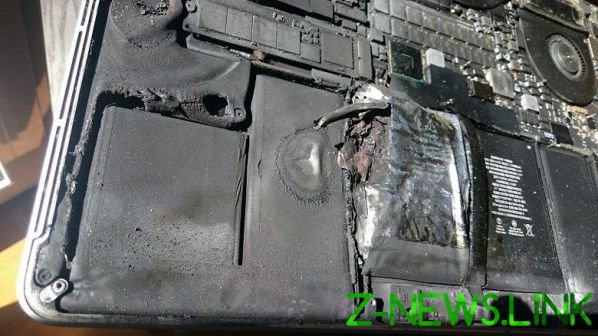 According to the musician, he has worked on my MacBook Pro running the usual programs, and that, instead of pleasing performance, just took it and started Smoking and then it caught fire. The laptop, fortunately, did not explode, but the recovery he is unlikely to be. As a result of incident anybody, except Apple’s reputation, was not injured, but she is no stranger to product quality the company has long been on the same level with little-known Chinese companies, so there is nothing surprising.

Apple itself has not commented on the incident, but she was already aware of the situation, since the laptop-the suicide has already been forwarded to one of our service centers in the USA, where he was put in a special fireproof safe. By the way, the laptop has twice been in such establishments – he changed the screen and touchpad. Apple – quality.