Home / WORLD / Land of the fee, home of the grave? For all its international posturing and boasting, the US can’t even take care of its citizens

Land of the fee, home of the grave? For all its international posturing and boasting, the US can’t even take care of its citizens 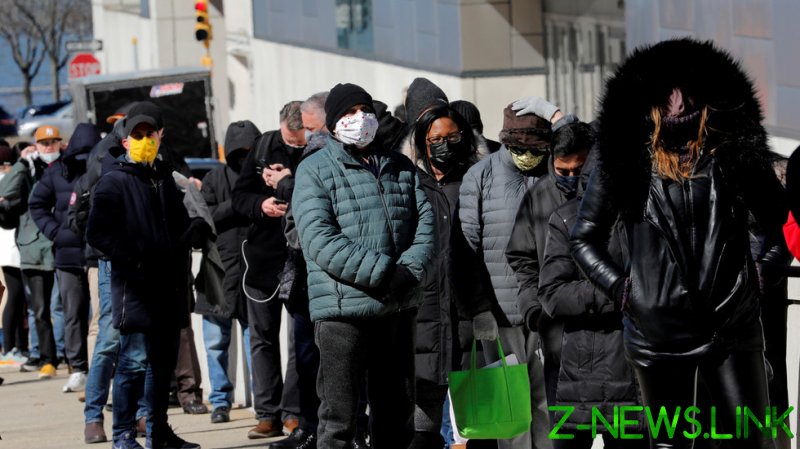 Between the Covid-19 pandemic and the disastrous economic fallout engendered by government responses to that outbreak, the US has proven itself shockingly incapable of actually functioning in any way its peers might consider “normal.” Whether it’s keeping the lights on in American households, providing healthcare that cures rather than kills, educating children, or merely standing out of the way while residents try to build a life for themselves, Washington has demonstrated a profound, almost malignant ineptitude at the simplest tasks, so much that one might ask if it actually wants to perform them at all.

Dozens of Texas residents perished amid the massive snowstorm that seized the state last month. The storm knocked out the electric grid and left over 4 million residents with neither heat nor light. The state’s electricity vendors added insult to injury by slapping customers with absurdly high electric bills (some over $10,000) as the utility’s money-grubbing equivalent of “surge pricing” kicked in – all in a state where energy can literally be pulled out of the ground.

Texas is only one state, though – surely the rest of the country can’t be so horrifically incompetent when it comes to something as basic as electricity? But oh no, out West, there’s always California bidding to fail bigger and better. The Golden State’s own power supplier PSE&G was sued for starting the wildfires that destroyed entire neighborhoods in 2017 and 2018. Indeed, PSE&G has been blamed for more than 1,500 fires since 2014 alone and is in the process of declaring bankruptcy after being sued by over 70,000 of its victims, including the entire city of Paradise. It’s so inept when it comes to not burning down the state that for years it has shut off power – often for extended periods – during the summer, lest its equipment trigger still more wildfires.

OK, but surely such travesties are rare? It’s not like the US government just goes around displacing people from their land deliberately? Yet Georgia man Tim Leslie is living through that Kafkaesque nightmare of his own right now after having bought a plot of land in Polk County to homestead and raise animals with his family. Because they haven’t built their house yet, they’re (legally) living out of a trailer on that land – or were, until the police forced them to abandon their animals and move to a proper RV park. It’s difficult to imagine a community so free of crime that it wouldn’t have benefited from the cops finding something else to do during the hours spent harassing the Leslie family, but victimizing law-abiding citizens is much easier than going after criminals.

Policing – once the pride and joy of the world’s largest prison state – has itself deteriorated rapidly. New York City endured a major surge in crime thanks to the shutdown, while cops who might have been able to stop it were ignominiously tasked with guarding Mayor Bill de Blasio’s virtue-signaling “Black Lives Matter” mural or (somewhat schizophrenically) detailed to clobber the odd BLM protester. The NYPD even punished its own officers for public display of Trump fandom while real crimes went ignored and unpunished. (New York also released hundreds of supposedly low-level convicts last year “because Covid,” only for the public to learn they were guilty of much more serious offenses, with many ending up right back in the clink after committing further crimes. It’s an ominous state of affairs indeed for the country with the most prison inmates per capita in the world, and those numbers are almost guaranteed to further explode thanks to law enforcement’s new fixation on “domestic terrorists” – a group defined so broadly as to include anyone who’s expressed opinions outside the ever-narrowing mainstream.

Maybe the US is just focusing its efforts on combating the Covid-19 pandemic? Americans may spend more on healthcare than any other first-world country, but it wasn’t getting much for its money even before Covid. When the pandemic hit, all hell broke loose in many states, and when hospitals were barred from seeing ‘normal’ patients for lucrative procedures, they instead turned to ventilating anything that moved in order to get reimbursed by the government – even though 88 percent of those intubated died. Governors didn’t beg for lifesaving treatments – indeed, they banned some. Instead, they pleaded for ventilators, all while shunting Covid-infected patients into nursing homes where they would go on to decimate the helpless population.

If this is how the US treats its sick, what about its children? Despite some scientists confirming vanishingly few kids are falling ill, major teachers’ unions refuse to return to the classroom, never mind how poorly most children have been shown to learn over a distance model. In some areas, the shutdown of schools revealed a problem the US had been covering up for a while – the need to feed the millions of destitute children who rely on their schools not just for learning, but for free meals their families can’t afford. At the same time, these kids’ parents spent hours lined up in the cold for free groceries from the nearest food bank, and millions remain out of work or severely underemployed, many dangling on the verge of eviction. Sorely-needed stimulus checks never arrived for many, whose only recourse now is to claim the check on their taxes in the hope of maybe getting reimbursed later.

Most of these problems could be solved with some smart policies and a fraction of the infusion of cash that has already gone out to large corporations. But there’s wars to fight, and no evidence the ruling class wants its domestic problems fixed anyway. Instead, it seems to take sadistic pleasure in gaslighting Americans to within an inch of their sanity, insisting the rest of the world wants to be just like us. After all, it’s not like we can fly there to check.