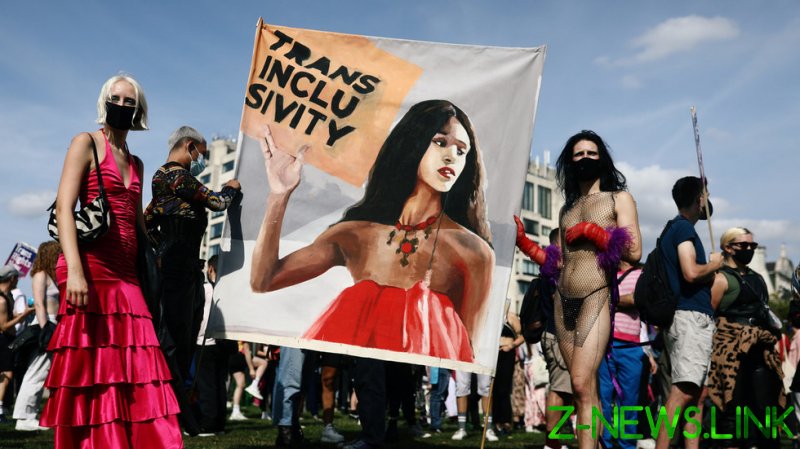 Last week’s cover of the Lancet “conveyed the impression that we have dehumanised and marginalised women,” editor in chief Richard Horton said Monday, adding that regular readers “will understand that this would never have been our intention,” as the journal “strives for maximum inclusivity of all people in its vision for advancing health.”

Horton apologized “to our readers who were offended by the cover quote and the use of those same words in the review.”

However, he then triggered another round of condemnations by pointing out that “transgender health is an important dimension of modern health care, but one that remains neglected,” and that the article from which the quote was taken was “a compelling call to empower women, together with non-binary, trans, and intersex people who have experienced menstruation.”

Within a few hours, the apology tweet was rivaling the ratio of last week’s controversy, with 1,500 replies and quote-tweets to fewer than 200 likes and retweets.

“This is not an explanation but cowardice digging itself a deeper hole,” said one reader.

“We’re not ‘offended.’ We’re angry with you colluding with the political erasure of women. Especially in a context when you are supposed to be rectifying that historic erasure,” said Dr. Jane Clare Jones, an outspoken feminist.

“Your notion of ‘inclusivity’ demeans and erases women. Your ‘apology’ is a word salad that offends against common sense and science,” wrote journalist and novelist Joan Smith.

Women aren’t offended, but “sick of being sidelined, patronised & talked at,” said Baroness Jacqueline Foster, a member of the UK House of Lords. “You also presume we don’t understand the challenges of trans people –  we do – but not at the expense of our being marginalised,” she added.

The controversy was set off on Friday with the cover of Lancet’s September 25 edition, featuring a pull quote from the article by senior editor Sophia Davis, declaring that “Historically, the anatomy and physiology of bodies with vaginas have been neglected.”

Davis was reviewing an exhibition called ‘Periods on Display’ at the Vagina Museum in London’s Camden Market – and urging the public to fund the museum, which was losing its lease at the end of the month. She also used the word “women” several times, as well as “people who menstruate.”

Much of the criticism, however, brought up the fact that the medical journal, originally established in 1823, had no problem referring to “men” in an earlier article discussing prostate cancer, without any concern for “transgender health.”