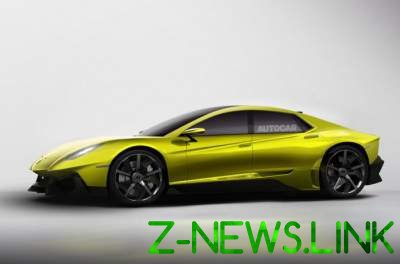 In the line now, Lamborghini has only two models.

Lamborghini plans in 2021 to start selling a completely new up a four-door model, according to Autocar, citing a statement by Federico Foschini, commercial Director of this Italian company.

In the line of Lamborghini now, there are only two models – the Huracán and Aventador supercars. At the end of this year the Italians will begin to produce another of his model is a premium crossover Urus.

The head of Lamborghini Stefano Domenicali have repeatedly said that they want to increase almost two times sales. This plan to achieve including at the expense of release of new models. The fourth model in the line of the famous Italian car brand will appear in 2021. Unfortunately, it yet almost nothing is known. Foschini only hinted that it will be a four-door model.

But the bosses Lamborghini has not made a final decision on the release of a new model. A lot will depend on what the sale will be the Urus crossover. If sales meet expectations, of course, then the Italians will quickly take a positive decision on a new model in its lineup.

In 2008, motorists showed a concept Lamborghini Estoque, representing a four-door sports sedan. However, due to the global financial crisis, the Italians soon forgot about it and focused on the Urus crossover, using the MLB Evo platform from VW Group. Perhaps now, finally Lamborghini decides to do based on the concept Estoque production sports sedan.