Lamborghini back to life the car from the “Robbery in Italian”

Lamborghini Miura P400 appears at the beginning of the film.

Office Polo Storico, which deals with the restoration of the historic Lamborghini, showed a fully restored coupe Miura, who took part in the filming of the original film “the Italian job” (The Italian Job), 1969. The car has long been considered lost, while in 2015 it will not found two British businessman.

Orange Lamborghini Miura P400 appears at the beginning of the film: the car rides on the Alpine pass of the Great St. Bernard (Great St Bernard), and his wheel sits Italian actor Rossano, Brazzi, who played the role of Beckerman. One who took part in the filming of “Lambo” was destroyed, and the second went to Paramount.

A few years after the release of the film “the Italian job” revealed that on the set there were two identical cars, and for the survivors of the “Miura” began the hunt.

The current owner, a collector Fritz Kaiser decided to dispel doubts and handed it to Polo Storico. There, specialists from the historical Department checked with archival records and interviewed the employees of the company who personally drove the car to the set. As a result, the company has officially confirmed that the coupe with the chassis number 3586 – it really is the same car that appears in the opening scene of “Robbery in Italian”. 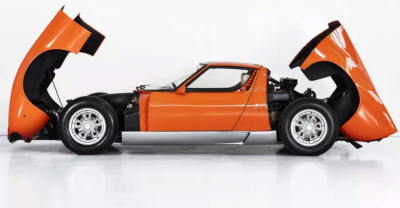 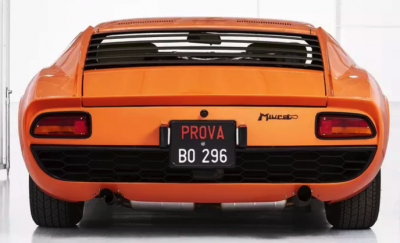