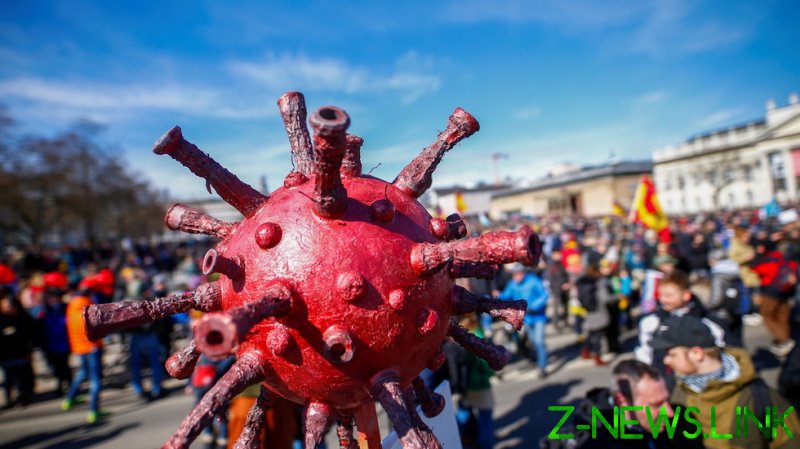 The bloc failed to act as a truly independent entity during the Nord Stream 2 gas pipeline project saga. While many experts show that the pipeline serves the best interests of Germany, Zakharova pointed out, its construction has been disrupted on multiple occasions, as the bloc’s members repeatedly give in to US pressure.

“In this regard, the question that needs to be asked is, what if tomorrow the US president, be it Mr. Biden, Mr. Trump, Mr. Obama or anybody else, will tell Germany to stop breathing, will it obey? Will it stop breathing? Or will it realize finally that not breathing will mean dying?” Zakharova wondered.

Similar problems have been experienced by the bloc during the coronavirus pandemic, which has “highlighted massive problems in the EU and the West as whole,” Zakharova believes. While the Covid-19 crisis is massive, it has not become “some horrible global catastrophe that the world has never faced before,” so the sloppy handling of it is unacceptable.

Instead of rushing to save lives, the EU “simply wasted time” making the pandemic into a political issue and impairing its own ability to respond to the crisis, Zakharova said.

“It could have become the leader in vaccine rollout and manufacturing. But it didn’t. Why? Because the process was politicized, and EU officials tied the hands of their manufacturers, companies, and most importantly – their people,” Zakharova stated.

“It turns out the EU, including Germany and France, the US and many other countries couldn’t set an example for the rest of the world and show how to fight the pandemic effectively,” she continued. “Unfortunately, they failed in every area – economy, social policies, vaccination. Yes, they developed and manufactured vaccines but they didn’t demonstrate real leadership in that respect.”