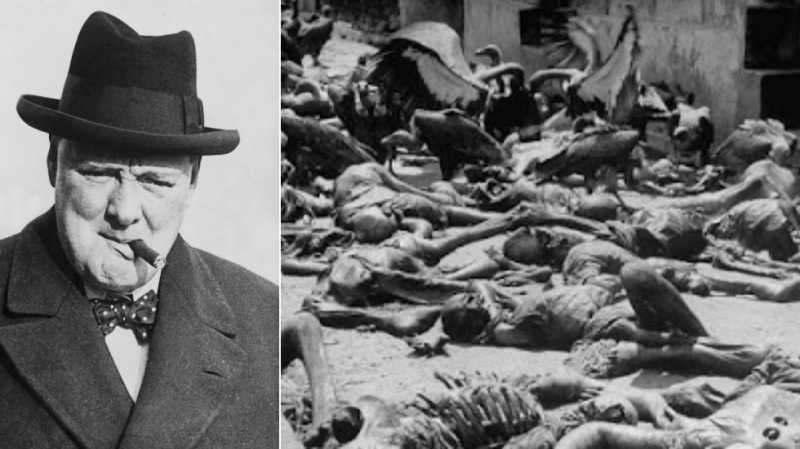 In a comment piece for the Telegraph newspaper – titled ‘Tories used to understand the importance of human rights’ – the shadow justice secretary painted the former prime minister as a champion of human rights because of his involvement in the creation of the European Convention on Human Rights (ECHR).

Lammy argued that if Boris Johnson’s government opted out of parts of the convention – which it was reportedly considering in order to speed up the deportation of asylum seekers – it would be betraying the tradition laid down by their Conservative forefathers such as Churchill.

“Human rights are a simple, but audacious idea. Every person – whatever their background, wealth, faith, gender or colour – should have certain rights that must always be defended,” Lammy wrote.

Considering Churchill routinely said and wrote things which contradicted Lammy’s comments, the politician’s article unsurprisingly triggered a deluge of commentary informing him that he was wrong.

Twitter users flooded the Tottenham MP with messages detailing a host of atrocities associated with Churchill in Ireland, India, and the Middle East.

People also peppered the politician with Churchill quotes which thoroughly undermined his argument.

Churchill repeatedly expressed a belief in racial hierarchies, believing that white protestant Christians were top of the pile, ahead of white Catholics, while Indians were also higher than Africans.

Chief among the complaints about the UK leader was his decision to build up a stockpile of wheat for European civilians in Bengal in 1943, despite the region suffering a devastating famine which claimed three million lives. Churchill laid the blame for the famine on the Indians, claiming they “breed like rabbits.”

Churchill’s use of chemical weapons on Kurdish and Afghan villagers while he was secretary of state for war was also repeatedly referenced by those attacking Lammy. “I am strongly in favour of using poisoned gas against uncivilised tribes,” he once wrote.

Atrocities carried out by the infamous ‘Black and Tans’ in Ireland – who were deployed on Churchill’s order – were also repeatedly mentioned as Lammy’s tweet racked up over 1,000 blistering responses.

The backlash prompted the MP to issue a follow-up statement where he sought to clarify his position.

“The point I make in the article is that in the wake of the second world war, Winston Churchill was central to the creation of the European Convention on Human Rights. This enshrined the human rights we enjoy today,” he wrote, adding: “This does not make a judgement on the past actions or comments of Churchill before the second world war.”

Unfortunately for Lammy, the clarification did little to stem the outcry in his mentions.