Home / WORLD / Labour’s humiliating defeat signals its death, and Keir Starmer, not Jeremy Corbyn, is the man with its blood on his hands

Labour’s humiliating defeat signals its death, and Keir Starmer, not Jeremy Corbyn, is the man with its blood on his hands 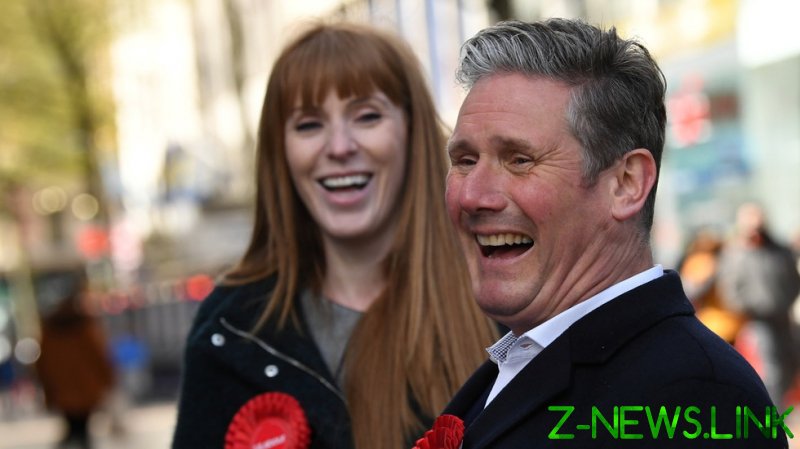 Hartlepool is a coastal town in northeastern England with a fascinating history. Out on its headland, the Heugh Battery Museum bills itself as the only World War I battlefield in Great Britain. A nearby plaque marks the spot where the first shell from a leading German battle cruiser struck at 8:10am on December 16, 1914, and also records the place where, during the bombardment, the first soldier was killed on British soil by enemy action in the war.

Close by, looking out over the North Sea, there’s a Russian cannon, which was captured by British forces at the Battle of Sevastopol during the Crimean War in the 1850s, and sent up to Hartlepool by ship from London. 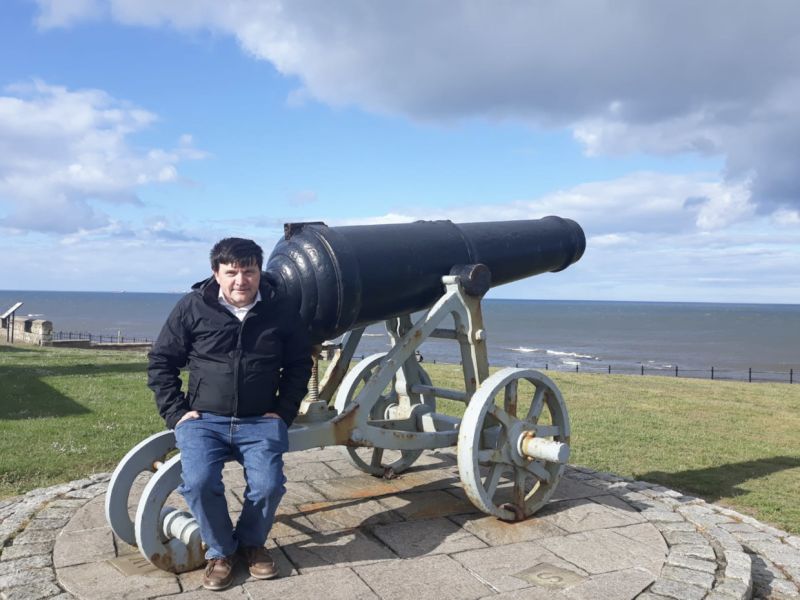 Author and Hartlepool’s Russian cannon. Will it be Keir Starmer who is fired if Labour lose on Thursday? ©  N. Clark

Perhaps after this Thursday, there needs to be another historical plaque installed in Hartlepool. One commemorating the death of the UK Labour Party.

Labour’s defeat in Hartlepool wasn’t a ‘bad’ result, it was utterly catastrophic. The party attained just 28.7% of the vote, a full 23 points behind the Tories, doing far worse than even the worst opinion poll had suggested.

Even before polling day, Labour ‘centrists’ were getting their excuses in. Predictably, they’re blaming Jeremy Corbyn, the man who stopped being the party’s leader more than a year ago.

It’ll take much longer to rid the party of his ‘toxic’ legacy, the dominant neocon/Blairite narrative goes. The people who supported a ‘chicken coup’ against Corbyn after just nine months, now tell us Starmer, who’s been leader for 13 months, and up against the worst UK government of all time, needs more time. Or to quote one former MP, if Labour loses Hartlepool it’ll be a case of ‘Long Corbyn’.

Just four years ago, in June 2017, Labour, under Corbyn, not only held Hartlepool, but did so with its highest share of the vote (52.5%) since 2001. But for the Corbyn-hating ‘moderates’, who funnily enough all seem to be strong supporters of the far-from-moderate Iraq War, it’s as if the 2017 general election never happened. In fact, the way that election – which Corbyn came very close to winning – has been airbrushed out of history reminds one of the late Harold Pinter’s Nobel Prize lecture in 2005, when he condemned US foreign policy crimes, before saying: “It never happened. Nothing ever happened. Even while it was happening it wasn’t happening. It didn’t matter. It was of no interest.”

The 2017 election is never referred to because it goes against the dominant narrative. Labour was supposed to have been thrashed out of sight four years ago, but to the horror of the neocon Establishment it wasn’t. In fact, under the ‘unelectable’ Corbyn, Labour achieved their biggest increase in the popular vote since 1945 (a whopping 9.6% up from 2015), and came to within a whisker of a shock victory.

Enthused by his message of positive change, and by popular policies such as bringing the railways back into public ownership, millions of Labour voters, who had stayed at home in previous elections, came out to put their cross in the Labour box. Of course, the Establishment set out with renewed vigour to make sure it would never happen again. Part of the reason Labour did so well in 2017, and held on to its Northern strongholds, was because it had pledged to respect the 2016 EU referendum result.

So an operation was mounted, with Trilateral Commission member Sir Keir Starmer playing a key role as Shadow Brexit Secretary to get Labour to change its policy and adopt an electorally suicidal stance of supporting a second referendum. It was electorally suicidal because 78% of Labour’s 45 target seats in England and Wales voted Leave in 2016, many of them quite strongly.

Not only that, but there was a ratcheting up of the political weaponisation of anti-Semitism, which again was about ruining Corbyn’s chances.

To his own – and his party’s – detriment, Corbyn didn’t fight back against the wreckers. He should have done more to resist the change in policy on Europe and should have sacked Starmer (in fact, he should never have appointed him in the first place). He should have pushed back harder, much harder, against those smearing him. With the mass membership on his side, he should have gone on the front foot against his Blairite enemies. But Corbyn did none of those things.

Instead, having come so close to victory in 2017, he led Labour to a heavy defeat in 2019 with most of the damage being done in pro-Brexit Northern ‘Red Wall’ seats. But even in 2019, Corbyn managed to hold on to Hartlepool. The party’s share of the vote nationally was still higher than in 2010 and 2015. It was a bad result but not the absolute disaster it was portrayed as.

Things have got a whole lot worse since then. Starmer, a man described as so wooden, birds try to nest in him, inspires no one. His disapproval rating in April rose to 50% in April, and was 44% among Labour voters. The witch hunt against Corbyn and his supporters, cheered on by vindictive, elitist, anti-populist Blairites who loathed the way party membership had soared under Corbyn, has left Labour short of activists to do the hard work of election campaigning. The ‘Bitterites’ set out to politically assassinate Corbyn, believing that once he’d gone and all his supporters had been purged, ‘normal service’ would be resumed; but their internal sabotage from 2015-19 ended up killing the party, too.

Labour is in a right mess, and although the Tories don’t deserve to win for what they’ve done to the country these past 13 months, ‘HM Opposition’ – whose only ‘opposition’ to the government this past year has been to berate Johnson and co. for not locking us plebs down earlier and harder – most certainly don’t deserve to win either.

In fact, the best thing that could happen is that Labour, as it’s currently constituted, is formally put out of its misery. Destroyed, not by Corbyn, but by those who simply couldn’t stomach the prospect of an anti-war UK prime minister who would threaten the hawkish foreign policy consensus.