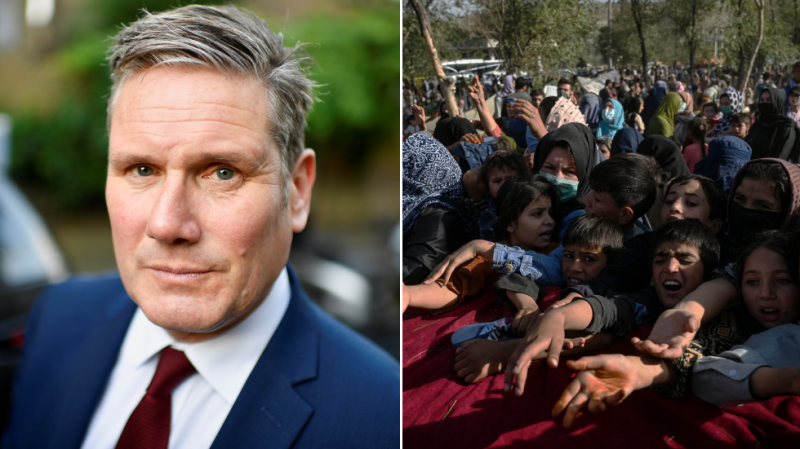 During a House of Commons debate over the withdrawal of US and UK troops from Afghanistan this week, which led to the Taliban quickly taking over the country, Prime Minister Boris Johnson declared that the UK would “judge” the new “regime on the choices it makes and by its actions rather than its words.”

Starmer, meanwhile, condemned the “disastrous week” and “staggering complacency from our government about the Taliban threat,” before attempting to argue that the 2001 invasion of Afghanistan following the 9/11 attacks was meaningful and worthwhile.

Telling British soldiers and their families that “your sacrifice was not in vain,” Starmer said the invasion “brought stability, reduced the terrorist threat and enabled progress.”

“We are all proud of what you did,” the Labour Party leader continued, acknowledging that “many returned with life-changing injuries” while hundreds more “didn’t return at all,” before adding, “Your sacrifice deserves better than this and so do the Afghan people.”

Trillions of dollars were spent by the US on the war, while the UK government is estimated to have spent between £22 billion and £40 billion (between $30 billion and $55 billion).

In recent days, news outlets and analysts have identified the Taliban as the greatest beneficiary of the money spent by the US on Afghanistan, noting that not only did the Taliban manage to take Kabul in a matter of hours, but the organization also captured billions of dollars’ worth of weaponry, ammunition, helicopters, ground vehicles and even drones that were left behind by departing troops.

The vast majority of British combat troops left Afghanistan in 2014 but 750 remained to maintain a presence in the country. Former prime minister Tony Blair and his Labour Party government eagerly supported the invasion of Afghanistan following the 9/11 attacks and the UK was soon involved in the allied US campaign, with Blair desperate for the UK to be among the first nations involved in the bombing of Kabul.