Home / WORLD / Labor shortage? America is now a nation that doesn’t want to work and has an abyss for a soul

Labor shortage? America is now a nation that doesn’t want to work and has an abyss for a soul 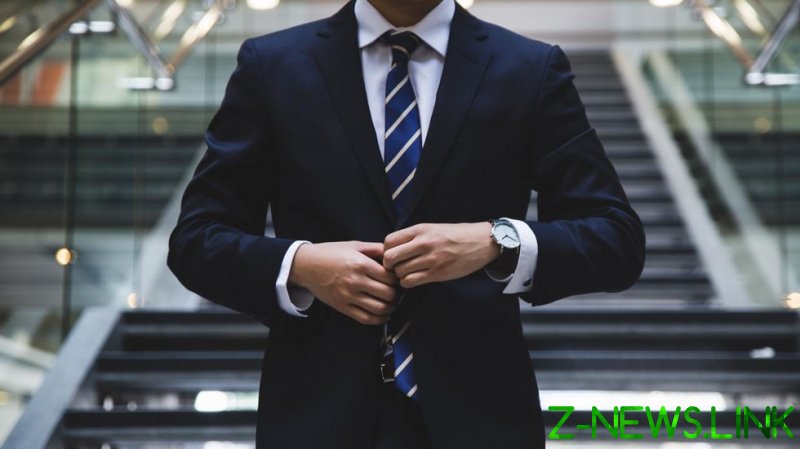 An August report by the US Bureau of Labor Statistics set the number of open jobs in the country at more than 10 million. That same report lists the number of confirmed unemployed at 8.7 million. You don’t have to be Sir Isaac Newton to see there are more open jobs than people able to fill them.

Of course, that’s a bit of simplistic mathematical smoke and mirrors. It’s not a zero-sum game, as many jobs stay open because they require very specific and rare skills. Others have quick turnaround times, meaning they could fill and reopen before any semblance of record keeping gets word of it.

There’s a tragedy beyond mere statistics anyone walking US streets sees every day. A seemingly endless array of ‘help wanted’ signs stud shop and restaurant windows. Big box stores and similar larger employers set up open booths to receive jobseekers. Other spots offer signs covered in QR codes that open on to online employment applications. Throw in wage increases and promises of benefits for gigs that would’ve never considered such inducements before the pandemic, and it becomes painfully obvious that the labor shortage in America is real.

That dearth of willing workers is now biting with mean intent into the economy and the citizenry’s daily life. There are food shortages, because too few are on hand to process, ship and sell it. Widespread product delays across the spectrum of consumer goods continue as manufacturers can’t find enough human hands to build, assemble or deliver them.

The problems will multiply so long as we continue to see this very 21st century phenomenon of otherwise able men and women who not only refuse to work, but show no willingness to develop themselves into anything worth hiring – all while reveling in the indulgent delusion that the government and its obligated taxpayers should provide for their daily needs.

The Age of Narcissism we endure is a prime factor, as our society built a breed of humans who believe their comfort and moment-to-moment opinions are so vital to the rest of their kind, that work only gets in the way of those interests.

On the practical side, the polluted stream feeding and enabling this murky sea of otherwise able, but lazy, men and women is extended Covid-19 unemployment benefits handed out by the federal governments and many state authorities. Rather than put the money to work keeping body and soul together while they seek beneficial employment, millions took government cash and rode on a wave of self-pitying lethargy.

Be clear: No one should be ashamed of accepting unemployment benefits, disability pay or other governmental assistance when facing sudden, unexpected misfortune. Folks can lose jobs for countless legitimate reasons, creating a need for a little bridge to cross over trouble waters until they find gainful work. Currently, the vast selection of unfilled jobs indicates there are more individuals now willing to live on other people’s money, while they spend their time doing who knows what.

Psychologists and sociologists can list any number of explanations for this mass reluctance to work. Perhaps they’d lay the blame at the societal trauma inflicted by the Covid-19 pandemic. Some might credit the issue to a rising sense of entitlement with more undereducated and envious pseudo-adults deciding that while they can get an entry-level job in countless communities, this sort of work is beneath them. If they can’t get the manner of employment they think they deserve, they refuse to seek other positions –whether they genuinely earned the sort of occupation they desire or not.

I cut with Occam’s razor and credit it all to laziness. Life isn’t all cake and cookies – and it’s called work for a reason. It can be difficult and exhausting, and the coronavirus panic provided a way for millions to escape labor without consequences.

Oddly timed to coincide with this widespread sloth festival, Elon Musk grabbed headlines announcing his plans to develop humanoid robots. While the entire exercise might be an Elon-ian publicity stunt, Musk did boast that the successful creation of his automatons will turn labor into a choice.

I assume the lofty thinking here is that today’s human beings spared from toil would flourish in any number of ambitious intellectual and artistic endeavors. Such optimism begs the question whether Musk and company ever interacted with today’s adults. In short, have they met these people?

With Covid emergency funding buying their food and eviction moratoriums keeping roofs over their heads, these current lost souls enjoying a life of “labor as a choice” are not out there running supercolliders, composing symphonies or writing the great American novel. They’re sitting on their backsides in vast herds, mindlessly thumbing through social media, playing endless video games and binge-watching reality TV.

The great author Harper Lee looked at that mob and credited them with “minds like empty rooms.”

So many ‘help wanted’ signs and too much talk of Musk-bots paints a portrait of a country with a growing abyss for a soul. What else can be said about a society that no longer sees the value of work, self-reliance and responsibility? What kind of a future awaits any nation when a sizeable percentage of its population looks to live life without contributing or creating anything identifiable? What’s left of a man or woman when the only concern he or she shows in life is for mere existence in dull, witless comfort? Disinterested in education, improvement or self-determination, at one point does humanity fade in the face of mere existence and survival?

A human being aspires. A beast merely survives. Maybe Elon out there in his new Texas base of operations should invent robots that read social media and binge on garbage television. With that need filled by automation, America’s most inert might have to get moving again.