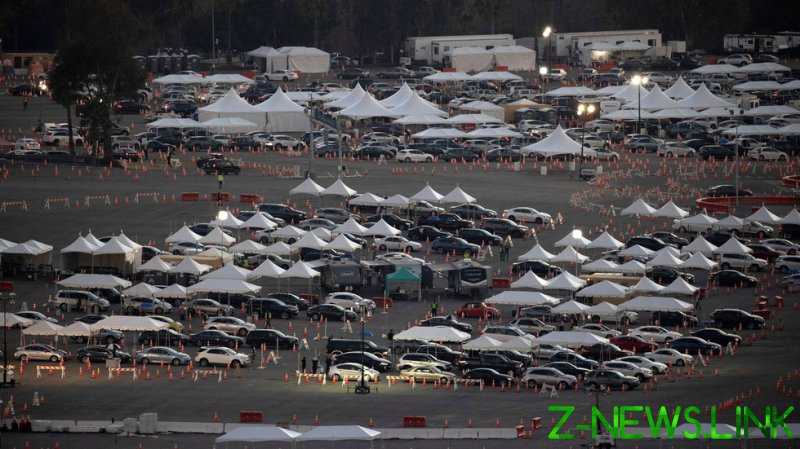 Garcetti announced the closures during a virtual Covid-19 update on Wednesday, saying the city had burned through 98 percent of its first-dose Moderna shots and would not be able to administer more until its supplies are restocked.

“By tomorrow, the city will have exhausted its current supply of the Moderna vaccine for first-dose appointments. This is an enormous hurdle in our race to vaccinate Angelenos, and unfortunately it means that we will have to temporarily close Dodger Stadium and the other four non-mobile vaccination sites for two days, on Friday and Saturday,” the mayor said, adding “This is not where I want to be; it’s not where we deserve to be.”

The mayor clarified that the shuttered vaccine sites would not affect those waiting on their second dose of the Moderna immunization, but will “prevent us from moving forward with new first doses until we get more vaccine.” Though Garcetti said the sites would close on Friday and Saturday, he also voiced hopes the facilities could reopen by “Tuesday or Wednesday” of next week, leaving it unclear whether they would remain closed the entire time.

Los Angeles County is set to receive some 218,000 vaccine doses this week, according to KTLA, but more than half of those are expected to be distributed to those getting their second shot.

While President Joe Biden has vowed to step up the vaccine rollout nationwide as part of a Covid-19 initiative during his first 100 days in office, Garcetti said the current number of shots LA is getting is “unacceptable,” though hastened to add: “I’m not here to point fingers.”

“As always, I’m here to be a partner. But I want to be clear: Los Angeles needs more doses,” said the mayor, who served as a fundraising chair to the Biden campaign.

To date, California has tallied nearly 3.5 million coronavirus cases and over 35,000 deaths, putting it just ahead of New York as the state with the most recorded fatalities, according to data gathered by Johns Hopkins University. The state also leads the nation in cumulative cases by far, with Texas coming in a distant second with about one million fewer infections.