Home / WORLD / Kyrie Irving deserves some praise for standing up for what he believes in, not a backlash after his NBA exile over vaccinations

Kyrie Irving deserves some praise for standing up for what he believes in, not a backlash after his NBA exile over vaccinations 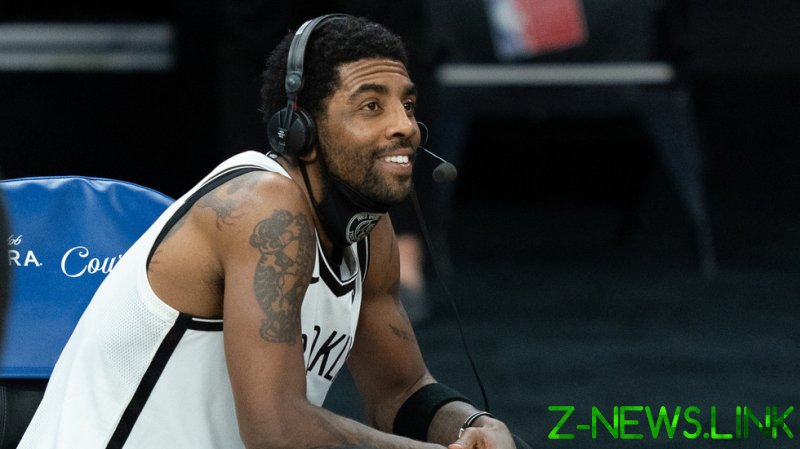 Since Kyrie Irving’s reluctance to become vaccinated became a ripe source of frenzied public debate, a variety of rumors have circulated about his reasons for doing so. They have veered from storylines appearing to characterize Irving as something of a disruptive influence and a conspiracy theorist to, in more recent days, accounts strongly suggesting that one of the finest basketball players of all time is taking a stance on behalf of people who have lost their livelihoods as a result of their views on vaccine mandates.

Whatever Irving’s reasons for the viewpoint that led to the Brooklyn Nets’ stunning announcement that he is effectively exiled from team duties, one certainty is that this complex character has made a decision rooted in beliefs he is not afraid to stick to. While Andrew Wiggins was left in the unhappy position of conceding that he felt forced to be vaccinated in order to continue his career, it is hard to imagine Irvine countenancing a similar climbdown over recent weeks.

Even NBA and Nets fans who oppose vaccination may be quietly hopeful he relents, but you wouldn’t advise them to wait on any suppositions that he will be back in action anytime soon. The most obvious reason not to expect another twist in the tale is Irving’s infamous insinuation in 2017 that he believed the earth could be flat.

When asked about the remarks, which Irving was roundly mocked for, NBA commissioner Adam Silver, who went to the same college, Duke, as Irving, deadpanned that the player “may have taken some different courses” to the ones he did. Irving then casually invited everyone to continue blowing his comments out of proportion by saying that he did “research on both sides” and “loved hearing the debate”.

Those were not the words of a man unduly bothered by the desperation of critics on social media to draw outlandish conclusions from the most benign of quotes while acting as judge and jury. Pillorying, though, is what he is in for now that an issue he has much firmer feelings on has exploded into focus, and the prospect of people weighing into him for his troubles is dispiritingly inevitable and a sign of the black-and-white nature of online debate.

Whether his detractors can stomach it or not, it appears that Irving is acting on principles that he believes are altruistic. And it is as entirely unhelpful to berate him for that as it is pointless: Irving’s occasionally uncompromising approach to the media suggests that he will not be pressured into anything he does not choose to do, and nor do the sizeable amounts he now stands to lose. Irving would not want the focus to dwell on finances, but his absence from Brooklyn home games and the Nets’ meetings with the New York Knicks, which will be enforced under local regulations unless he becomes vaccinated, could cost him around $380,000 a game, not to mention a $186 million contract extension.

The origins of this saga arguably grew from the NBA’s bubble in Orlando the season before last, when social justice concerns saw Irving take a stand, putting his head above the parapet when many would have avoided doing so purely to spare themselves the hassle of being abused. Even if he is utterly oblivious to the torrent of public scrutiny and endless column inches he is the subject of, those staggering sums are reflective of a decision, game time quite aside, that has again been given an admirable amount of deep consideration.

The Nets are perfectly entitled to frame their approach to vaccination as a noble one, espousing their motivations towards what they see as the much greater good of protecting people in a country where more than 700,000 have died from the virus. That, unfortunately, will be seen by some as another stick with which to poke at Irving. “It’s part of social responsibility, when you think about it, to do the socially responsible thing,” said owner Joe Tsai last month, putting the team on the path to a position where they felt they could not do anything other than leave out Irving without losing face. “I know that there are just so many scenarios where there’s a conflict between personal choice and what is good for the greater goal.”

Similar phrasing, you suspect, will be used by those who would portray Irving as selfish, an anti-vaxxer – which reports suggest he is not, regardless of the merits of the debate that entails – and someone who is careless with the health of those he comes into contact with.

That is a wretchedly unfair summary of a player who, like most athletes damned for holding opinions on nuanced issues, is worthy of more. Irving’s philanthropy, which includes buying a house for George Floyd’s family and paying tuition fees for students at his old school, makes it even clearer just how disingenuous that kind of condemnation is. Yet even if we knew nothing of his character, a modicum of admiration – or even mere respect – would not go amiss for a player keeping to his convictions.