Home / WORLD / Kyrgyzstan is fighting fierce new battles over its colossal gold deposits. But is it a state-backed raid, or a triumph of justice? 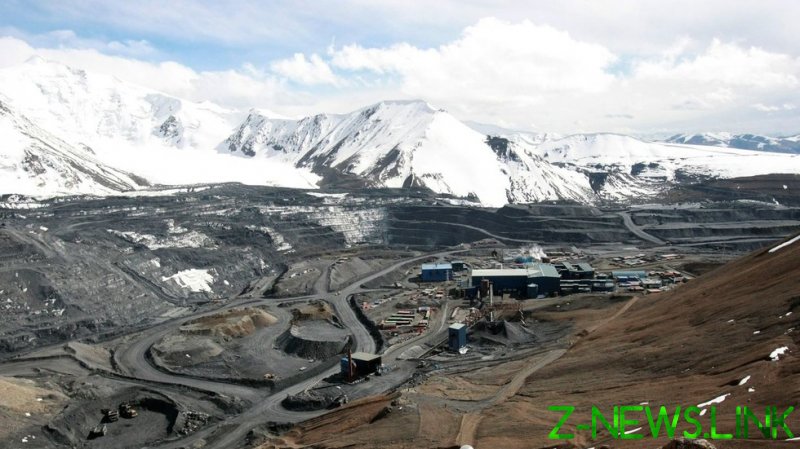 Japarov isn’t the only example in modern history of a new leader coming to power and trying to deal with the alleged dodgy dealings of previous rulers. Take the fate of Nigerian dictator Sani Abacha, for example. Versions of how he died differ – officially, it was a heart attack, but according to the unofficial version, he was poisoned by prostitutes. After his death, Nigeria’s new government tried to return the assets stolen during his time in office, even managing to arrest $5 billion from accounts in Switzerland. But following 15 years of litigation, on which Lagos spent $700 million, only $600 million was repatriated, while $4 billion remains with the Abacha family.

Another precedent is the 35-year-old saga of how authorities in the Philippines have been searching for money stolen by the dictator Ferdinand Marcos, who was dethroned in 1986. Likewise, the timid gestures of the Egyptians in their attempts to recover any amount of what was stolen over 30 years of rule by the Mubarak family – estimated to be a mind-boggling sum of up to $80 billion. The most recent case is the multibillion-dollar corruption case of former South African President Jacob Zuma and his business partners, including the Indian billionaire Gupta family, which has been covered widely by media across the world, including CNN and the BBC. However, the lawsuit against him came to nothing – on May 26, Zuma was found not guilty.

Russia has also been affected – its population and the state have lost more than $150 billion, by my estimates. In this case, though, it doesn’t come down to the abuse of power. This money was stolen by financiers from more than 2,000 bankrupted banks and transferred through Cyprus, Lithuania, Estonia, Latvia, Belize and other offshore centers to Western financial institutions and funds. There, the cash was laundered, and is resting there today under the protection of lawyers, auditors, and courts.

In total, more than one trillion dollars are stolen annually across the world. I call this phenomenon ‘Global Financial Apartheid’. All these bankers fled to London and Monaco, where they pose as victims of the political regime. The Russian authorities are trying to do something to counteract it, but the results have been minimal. They hired ‘collectors’ for Georgy Bedzhamov, a former banking official, and the investor Sergei Pugachev, but only a tiny fraction has been returned so far.

Now, another national government is working on the return of billions of dollars which, it believes, were misappropriated through bribes, embezzled, and laundered. We are talking about not the richest country in the world, to put it mildly – Kyrgyzstan. There, one of the main national treasures is the Kumtor gold deposit, discovered in 1978 by Soviet geologists.

In 1997, the Canadian mining giant Cameco launched commercial gold production at Kumtor. In 2003, the company was supposed to transfer the mine with all its assets to the control of Kyrgyzstan. However, by agreement with the Kyrgyz authorities, at that time headed by President Askar Akayev, Cameco’s assets were transferred to a new company, Centerra Gold Inc. This was done under the pretext of listing on the Toronto exchange.

On the eve of the IPO, Akayev decided to sell part of the state-owned shares for a pittance, although it was clear that in the near future they would rise in price many times. Thus, the state’s share fell to… 26%, instead of 100% as under the original agreement. Does this not seem like a potential corruption scheme?

Everyone knows the words of Joseph Dunning, as quoted by Karl Marx, that with a 300 percent yield on capital “there is not a crime at which it will scruple, nor a risk it will not run, even to the chance of its owner being hanged.” All dividends paid by Centerra to the Kyrgyz government, as the main shareholder for 25 years, amounted to only $87 million. It is worth noting that one of the minority shareholders of Centerra is the US’ largest investment fund, BlackRock. I wonder whether its rewards were equally scarce. Notably, with revenues of $1.2 billion per year and costs of $300 million, the company posted an official profit of just $200 million.

In 2017, Centerra’s management accumulated almost $1.5 billion and made a decision to purchase several mines far outside Kyrgyzstan – for example in Nevada, where it acquired the premises for $500 million. A year later, this decision was deemed to be “wrong,” since the metal lies at a depth of 1.5km under the earth, and the investment was written off.

A similar story happened in Mongolia and other countries. Machinations manifested even in the smallest of details. “Effective managers” bought Caterpillar equipment for $650,000, which they later wrote off, and sold for $6,000 to other mining companies.

It should be noted that over the decades of mining at Kumtor, colossal damage to the environment has been reported, and the health and lives of 3,500 people who work and live there may have been endangered. The last tragic incident took place in December, when two workers died under the rubble. Their bodies have not yet been recovered.

Recently I saw this horrible picture with my own eyes when I spent half a day at the mine. Roads under the canopy of huge unfortified layers of rock. More than two billion tons of processed rock is dumped directly into the tongues of glaciers at an altitude of five thousand meters above sea level. This is happening in a seismically dangerous zone, in the Tien Shan mountains! Glaciers can move at any moment: if they go in one direction, they will kill 3,500 thousand people. If they move in the other direction, the cyanide storages, with the help of which the gold is alkalized, will be shifted. Then these streams will poison the sources of mountain rivers that descend on the plains of Central Asia.

At the same time, all this activity did not cause any alarm within the ruling regimes, which were regularly replaced as a result of revolutions. The company was not touched by regulators, environmental supervision, or tax authorities. Meanwhile, the wealth of officials grew, and there could be no other source of this prosperity than corruption.

The new president, Japarov, demanded to put things in order at Kumtor as a member of parliament back in 2012. He spoke out loudly about the monstrous damage to the environment, about bribes and embezzlement. For this, he was thrown in jail, as the voice of a dissident challenging the corrupt authorities over their dark deeds wasn’t welcome. Last fall, as a result of another revolution, Japarov was released, and in January this year he won the presidential elections.

Together with his allies, who, like himself, had been prosecuted for nine years for fighting against the barbaric exploitation of Kumtor, Japarov began the process of regaining control over the mine. He recently succeeded, although the former management is trying to maintain control, filing bankruptcy in a New York court and blocking $1.7 billion on the company’s accounts. They even tried to deprive the mine of “digital brains” by seizing all IT equipment and software, which is potentially very unsafe.

Nevertheless, the mine is still working, and Japarov has a real chance to increase the state budget of Kyrgyzstan several times over in rather a short period of time. In conditions of instability on the international foreign exchange market, gold prices are going up. Capital expenditures, or ‘capexes’, and operating expenses, “opexes”, as we have already seen, can generate profits well into the billions of dollars. However, earlier incomes went to the personal wallets of the past leaders of the republic and their families, and a maximum of only 6-7% of the profits went to the state budget. Moreover, this fraction accounted for 20% of the state’s income. Imagine what will happen if it receives 100%?

The former management of Kumtor, of course, does not agree with this prospect. They accuse the Kyrgyz authorities of a raid-like seizure and are depending on colossal international pressure on the leadership of the republic, attracting governments in Europe and America to their struggle. Therefore, the battle for Kyrgyz gold is shifting from the economic sphere to the political one, and here the question arises – are the Western elites ready to turn a blind eye to corruption, with the help of which investors earned huge money on the natural resources of far-away Kyrgyzstan?