Kyiv transport in new year’s eve will extend the work 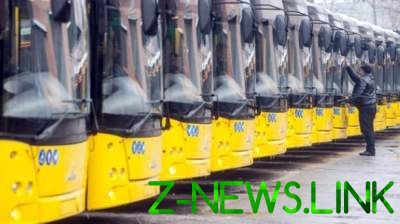 Public transit and subway will be extended almost until morning

New year’s eve the public transport in Kiev subway will be extended to three hours. This was announced by the Director of infrastructure Department of Kyiv city state administration Sergei Simonov on his page on the social network Facebook.

Thus, the transport will operate till morning, and then start to work the new shift. The capital’s cable car will be open all night.

In addition, until the end of the holidays will be opened the passage on Khreshchatyk street.

In the night of 6 to 7 January 2018 provided by the extension of the rolling stock on routes, tracks movements which are near metro stations.

Earlier, we reported that in Kiev during new year and Christmas holidays in work of public transport changes. This was reported in KP “Kyivpastrans.”

Also, that new year’s eve Kharkiv metro will operate until three in the morning.

As we reported earlier, the latest in ground transport will occur at 4-5 am.