Home / Society / Kyiv polytechnics and colleges were under threat of closure

Kyiv polytechnics and colleges were under threat of closure 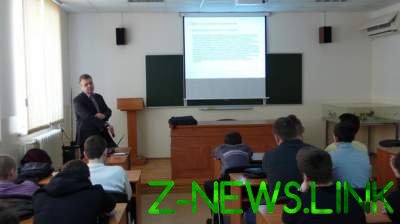 The problem is with the funding.

In the capital next year can close 29 educational institutions of I—II categories, i.e. colleges, technical schools and some colleges. It turns out that in the draft budget for 2018 is not provided, their financing, and it is not allocated a subsidy for their maintenance.

“The only region of Ukraine, which is not provided necessary subsidies to 2018, this is Kiev. The amount of subsidies needed — 271 million. This money is earmarked for wages, and if funds will not allow schools to close, because in the city budget for these purposes no money. For comparison, over 271 million hryvnias it is possible to completely replace the pavement along the high-speed tram”, — says the adviser to the mayor of Kiev Dmitry Belotserkovets. According to him, to resolve the situation, the Parliament has already registered a budget proposal to the grant, all were selected.

Some educational institutions are panicking. “If they do not pay a salary, of course, I will resign and look for work where the pay, but to the market to sell will not go”, — complains one of the teachers of the College Olena.

But not all panic. “Next year, according to the law, we remain in higher education, but funding should be from the municipal budget. Of the country’s budget promise of a subvention. But if the city does not overpower the entire amount, it’s likely that not all schools will be able to withstand such loads. For colleges that are in the University system, funding will, if they wish the University administration. We don’t panic. If there is no state order, then move on to contract training. To reduce did not intend”, — said the “Today” Deputy Director on educational work of the Kiev College of communications Vladimir Shmatko.

Experts soothe. “The situation is still not resolved at the level of the Verkhovna Rada, but I am sure that the decision you will find anyone and will not close. Teachers to reduce will not” — said “Today,” former education Minister Vasyl Kremen.

Recall, this weekend we learned the name of the winner of the Global Teacher Prize of Ukraine in 2017. This contest was announced on the official contest page in Facebook. He became a teacher of physics and astronomy Chernivtsi Paul Francovich Corn. Paul Francovich for 70 years, but he still teaches in the Chernivtsi Lyceum №1.