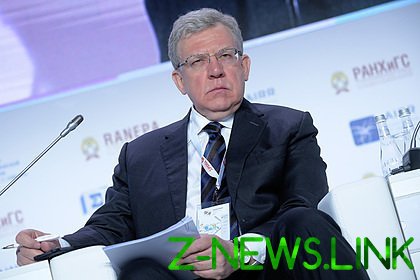 The head of the chamber Alexei Kudrin predicted a strong decrease of the Russian economy in 2020 due to coronavirus and low oil prices. According to him, the country’s GDP could lose three to eight percent. About it writes RIA Novosti with reference to the statement on the Cabinet meeting.

According to Kudrin, in the moderate scenario, the Russian economy could lose three to five percent of GDP. In the pessimistic scenario, the situation could become similar to 2009, and GDP will fall by eight percent.

Kudrin recalled that in 2009, the economy has received state support amounting to almost ten percent of GDP. In 2020 its size, in his estimation, could be more than five percent. In this case the authorities will have to go to non-standard forms of support, including direct subsidies to industries.

The head of the chamber recalled that the situation in 2009 was significantly different from the situation in 2020. During the last global financial crisis, the price of oil was at $ 61 per barrel. Now it ranges around $ 25. Kudrin urged not to postpone the development of a complementary set of measures to support the economy.

Earlier Kudrin said that Russia’s economic growth for the year will be zero. But then he came out of high oil prices during the year at 35 dollars per barrel.