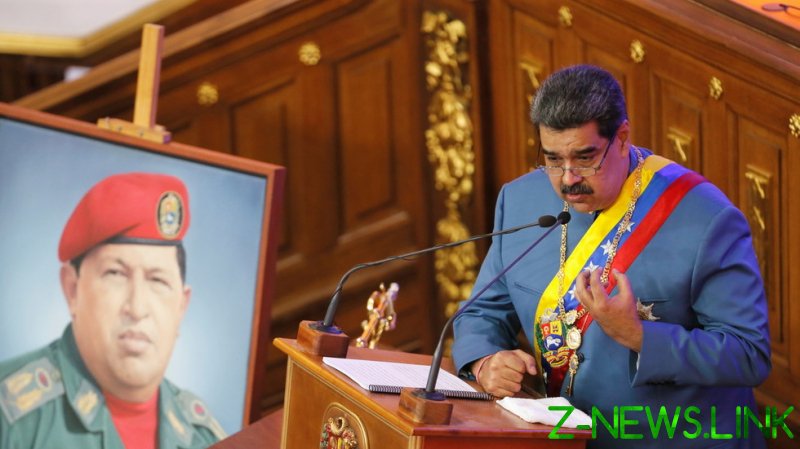 Maduro pulled no punches as he bid farewell to Trump during an address to the Venezuelan National Assembly on Tuesday.

He accused the US of waging a “multiform attack” to disrupt all aspects of Venezuela’s economy, from oil production to imports of essential goods, since 2013.

“The blockade and sanctions have also disturbed the productive system and inflicted enormous damage on foreign companies that did business with Venezuela,” he said.

Maduro noted that in 2020, Washington took its onslaught against Venezuela to the extreme, referring to the $15 million reward the US government promised for information leading to his arrest on “narco-terrorism” charges in March.

“2020 was the year that the outgoing administration of Donald Trump in a shameless, illegal, inhuman and criminal way put a price on my head,” the Venezuelan leader said.

The Venezuelan president previously dismissed the accusations as a smear coming from the “world’s terrorists” themselves, rejecting the US government’s authority on the issue due to its long history of violent foreign interventions.

Maduro denounced his treatment by the US government as “one more example” showcasing the “extremist” ways of “the Ku Klux Klan cowboys of the White House.”

One more example of the desperation and supremacism that made them commit so many blunders for four years and that in this last period showed their complete moral decline.

The Trump administration has from the beginning taken a hardline stance against Maduro, openly backing Venezuelan opposition figurehead Juan Guaido, who declared himself ‘interim president’ in early 2019.

Tensions between Washington and Caracas reached new heights in May when the Venezuelan military encountered and engaged a squad of armed individuals who were trying to infiltrate the country. Several of them were killed, and over a dozen were captured, including two former US Green Berets. The captured mercenaries later revealed that kidnapping Maduro and bringing him to the US was the objective of the failed incursion.

However, the incoming administration of Joe Biden appears to be gearing up for a more diplomatic approach towards relations with Venezuela. The president-elect has reportedly declined to take calls from Guaido, and hinted at the lifting of some sanctions, qualifying that with a request for Maduro to bring about “free and fair elections.”