Home / Incident / Kropyvnyts’ke: man in the basement was beaten to death by friend

Kropyvnyts’ke: man in the basement was beaten to death by friend 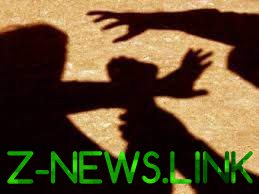 The body of a man found near one of the apartment buildings.

The police reported that near one of houses in the city was found the lifeless body of a man. Information shared in the communication section of the regional police.

The place immediately arrived employees of law enforcement agencies, which found that the death of the man was caused numerous injuries. The victim – 46-year-old local man of no fixed abode.

Police learned that the victim and the 46-year-old man were drinking together in the basement of the spirits. Between drinking companions, suddenly, a quarrel arose, during which the perpetrator paid a local resident blows to the torso and head. From injuries the man died. After some time, the attacker pulled out the corpse of a friend from the basement to the street and left.

An hour later, the suspect was detained. Now he could face up to ten years of imprisonment.