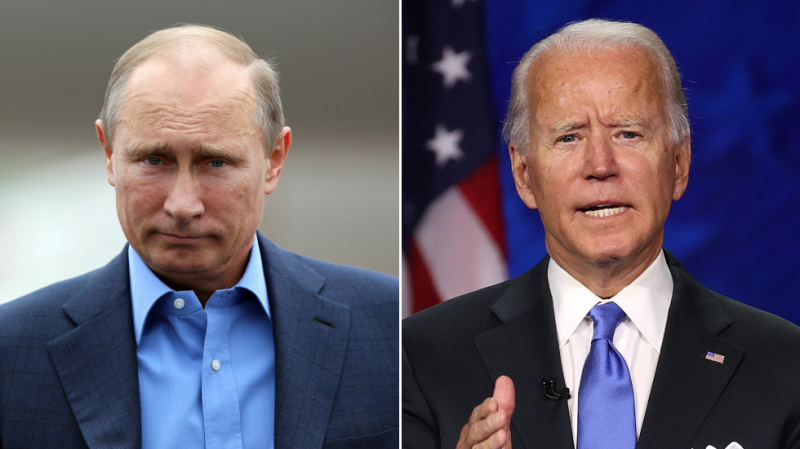 That’s according to Kremlin spokesman Dmitry Peskov, who told reporters on Friday at the St Petersburg International Economic Forum that there was a risk that expectations for the summit might spiral out of control.

In his view, the head-to-head on June 16 in Geneva will be “very, very important,” but it “would be wrong to have high hopes” for the meeting.

“The potential for us disagreeing and even conflicting is so great that there is no reason to expect any progress in reaching mutual understandings.” That said, he argued, “sometimes it is useful to agree that we do not agree.”

Peskov has previously warned commenters and Russia-watchers “not to indulge in any excessive expectations about the potential outcomes of the meeting,” and argued that a full re-set in relations is almost certainly off the cards.

White House spokeswoman Jen Psaki has said that the meeting will cover a “full range of pressing issues,” from human rights to cyberattacks. The “sovereignty and territorial integrity” of neighboring Ukraine will apparently also be on the agenda.

Russian foreign minister Sergey Lavrov last week hinted that the Kremlin would refuse to allow any conversations about civil liberties and supposed wrongdoing to be one-sided. He said that Putin would be happy to talk about human rights, potentially starting with “the persecution of those persons who are accused of the riots on January 6 this year” in Washington, when supporters of then-President Donald Trump stormed the US Capitol building.

Despite playing up the differences between the two sides, the Kremlin official has also said that Putin is ready to move past any personal animosity sparked by comments in March, when Biden was asked whether he believed his Russian counterpart to be a “killer” in an interview with the ABC news channel. “Mmm.. hmm, I do,” the US president replied.

The diplomatic spat that followed saw top politicians in Moscow accuse Biden of launching an attack on the whole of Russia, with parliamentary speaker Vyacheslav Volodin slamming the comments as indicative of a decline in civility and respect in international relations. Putin himself was more circumspect, citing a childhood mantra that “what you say [about others] is what you are yourself.”

Biden pitched the idea for a meeting to Putin during a call in April, against a backdrop of growing tensions. According to the US president, a meeting would see the two sides “discuss the full range of issues facing the US and Russia.” He set out his goal of achieving “a stable and predictable relationship with Russia, consistent with US interests.”