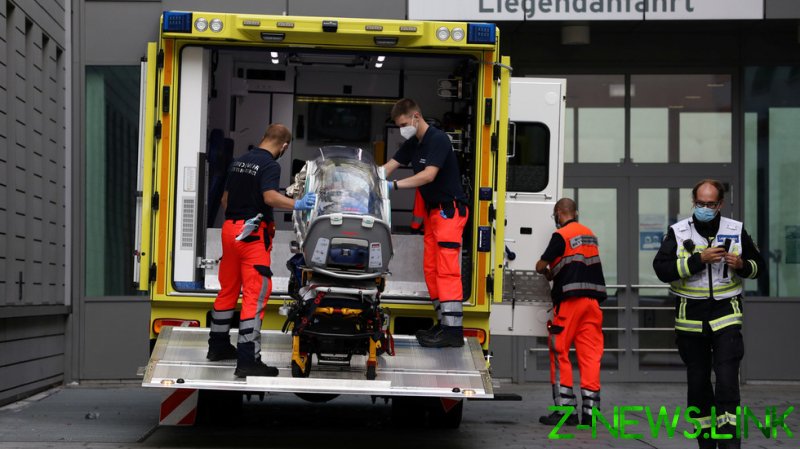 “No, we didn’t receive this information,” Peskov responded when addressed on the issue. The opposition figure was evacuated to Berlin, at his family’s request, a week and a half ago.

The Foreign Ministry also said it was still waiting for Germany to reply to an official inquest from the office of Russia’s Prosecutor General regarding Navalny’s condition.

On Wednesday afternoon, Berlin claimed that hospital tests showed “beyond doubt” that Navalny had been affected by a Novichok class chemical agent. The substance is similar to the one allegedly used against Russian-born British intelligence agent Sergei Skripal, and his daughter, in Salisbury, back in 2018.

The Moscow protest leader and anti-corruption campaigner was transferred to a German hospital after falling ill on a flight from the Siberian city of Tomsk on August 20. He reportedly remains in an induced coma.