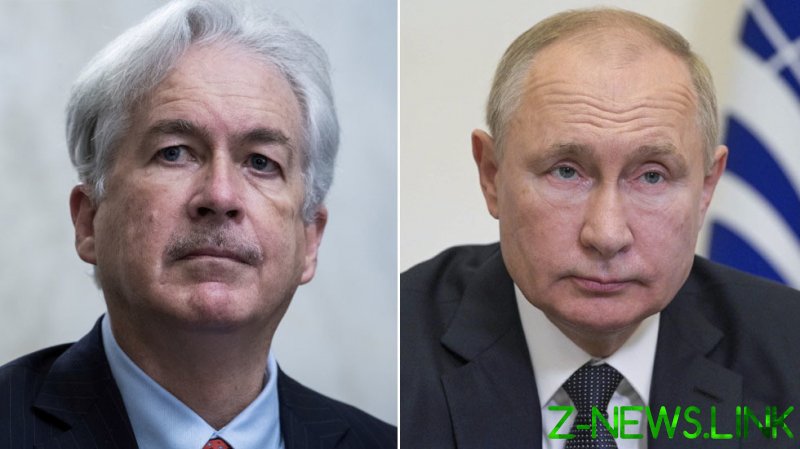 Speaking to the press on Monday, Kremlin spokesman Dmitry Peskov revealed that CIA boss William Burns talked directly with Putin. This is unusual for the Russian leader, who typically delegates discussions with other foreign officials, generally preferring only to speak directly to heads of state.

Burns was in Moscow for a two-day working visit last week, along with a delegation of senior American officials.

During his trip, the CIA director met with Nikolay Patrushev, secretary of the Security Council, and Sergey Naryshkin, the director of the Foreign Intelligence Service.

According to Reuters, citing a US Embassy spokesperson, the visit was conducted at American President Joe Biden’s request.

Burns’ trip was the latest in a series of recent bilateral talks between American and Russian officials. Last month, US Under Secretary of State for Political Affairs Victoria Nuland traveled to Moscow for a three-day visit, but negotiations broke down without producing any tangible results. In June, the two presidents met face-to-face in Geneva, in discussions that were assessed positively by both sides.