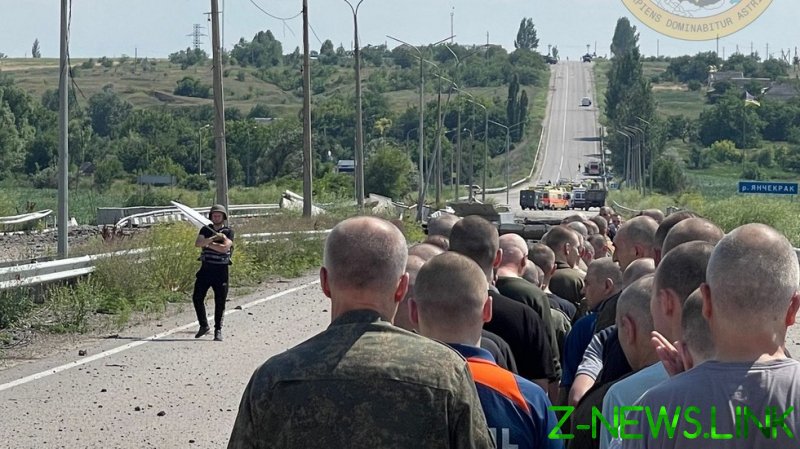 Bringing captured Russian soldiers back home is the top priority for Moscow, the Kremlin spokesman Dmitry Peskov said on Thursday. The official made the remarks following a major POW exchange between Moscow and Kiev.

“The return of our soldiers and all the soldiers who fought and are fighting for the right to live of the people of the LPR and DPR is the main thing for us,” Peskov told reporters.

The exchange, first announced by Ukraine’s military intelligence service, took place on Wednesday. Moscow returned 144 captured Ukrainian soldiers in exchange for the same number of Russian servicemen, as well as fighters from the Donetsk and Lugansk People’s Republics.

The Russian Defense Ministry commented on the swap on Thursday, revealing it had been authorized personally by President Vladimir Putin. The exchange was “organized and carried out on the direct orders of the supreme commander of the Russia Armed Forces,” said Defense Ministry spokesman, General Igor Konashenkov.

Safeguarding “the lives, the health, the release of our servicemen, the fighters of the Donetsk and Lugansk People’s Republics, who make up the majority of those returned, is the most important task,” he stressed. 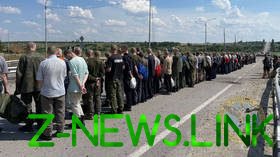 According to Kiev, the exchange included 43 fighters of the notorious Azov regiment. Hundreds of members of the neo-Nazi unit ended up in Russian custody after surrendering at the Azovstal plant in the port city of Mariupol. All in all, more than 6,000 Ukrainian soldiers have been captured during the ongoing conflict, according to the Russian military.

Russia sent troops into Ukraine on February 24, citing Kiev’s failure to implement the Minsk agreements, designed to give the regions of Donetsk and Lugansk special status within the Ukrainian state. The protocol, brokered by Germany and France, was first signed in 2014. Former Ukrainian president Petro Poroshenko has since admitted that Kiev’s main goal was to use the ceasefire to buy time and “create powerful armed forces.”