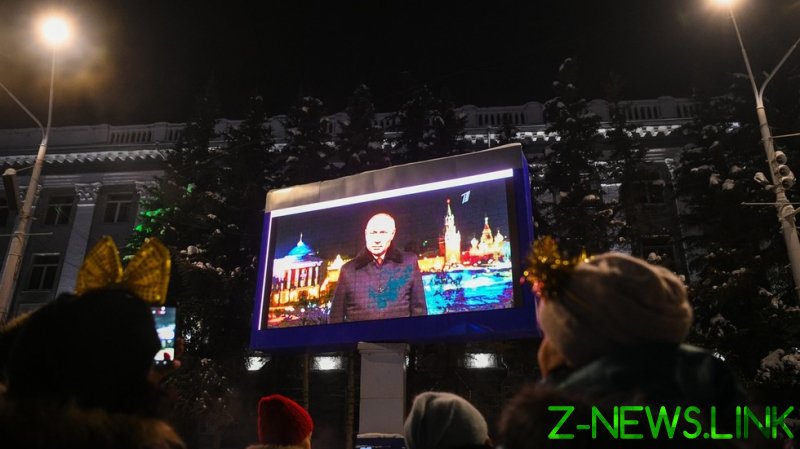 The Kremlin has dismissed as “complete nonsense” online claims that President Vladimir Putin used old footage in his traditional New Year’s message, last weekend, and was secretly wearing a bulletproof vest during the broadcast.

Spokesman Dmitry Peskov joked that the Twitter users who circulated the assertions may have over indulged on the festive boozing.

“It’s complete nonsense,” he told the Daily Storm on Monday, adding that some people online “clearly had a few” while seeing in the new year.

Peskov was commenting on rumors around Putin’s brief annual end-of-the-year address, shown on national TV on December 31 shortly before midnight, as is customary. In a six-minute video, Putin appeared standing outdoors, with the Kremlin and Moscow’s iconic domed Saint Basil’s Cathedral seen in the background.

The ‘bulletproof vest’ speculations apparently originated from several Russian-speaking Twitter users who were discussing Putin’s coat. Another person online suggested the video contained background shots of the Kremlin and the cathedral that were supposedly shown in the previous year’s message.

Lyubov Sobol, a close associate of jailed Western-backed opposition figure Alexey Navalny, was among those who tweeted in support of both claims.