Kravchuk predicted the timing of the entry of Ukraine into NATO 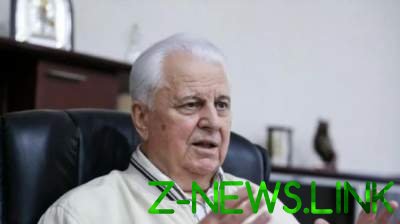 Kravchuk also called for two reasons, because of which Ukraine previously could not obtain membership.

Ukraine has all chances to apply for membership in the Alliance even before 2024.

According to him, Ukraine must now demonstrate its readiness for membership in NATO. It is necessary to conduct a number of important reforms, in particular, military and economic.

I think the prospects are, because in many NATO documents, it is recorded that the Alliance’s doors are open for Ukraine, – said the politician.

He recalled that Petro Poroshenko promised to submit to 2024, an application for NATO membership. However, according to him, this can be done faster.

Kravchuk called for two reasons, because of which Ukraine was able to obtain membership:

1. Ukraine was afraid of NATO. They believed that the country will be there underdeveloped legal, political and military systems, and this Alliance will load.

2. The Alliance feared Russia’s actions. Russia threatened that it would act accordingly with, because she doesn’t want the borders of NATO closer to Russia’s borders. And if Ukraine, they say, will become a member of NATO, they will be close. This is not solved by political and legal scheme.