Home / sports / Kozlov came out in the second round in Istanbul, fiasco Yastremsky

Kozlov came out in the second round in Istanbul, fiasco Yastremsky 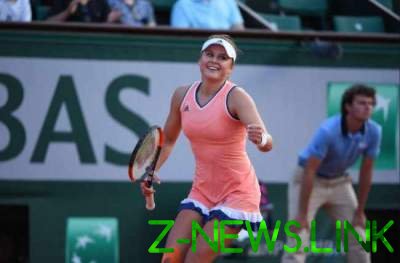 Dayana Yastremsky in the status of the fourth-seeded in two sets has conceded to the 66th world number one Kristina Mladenovic. Ukrainka is not enough stability – Yastremsky in the first season of the match on the ground made 43 unforced errors and lost 7 of 10 games on her serve.

In the second game Yastremsky were able to recoup from the account 2:4, but in the ninth game missed the chance to make another break, and then in critical situations made several unforced errors and allowed Mladenovic to implement double match-point.

A chance to avenge the defeat of compatriot in the second round of “Istanbul Cup” will be Catherine Kozlova, which after two wins in qualifying in the first round of the main draw in just 53 minutes, passed the Russian to Anastas Potapov.

After losing the first set, the opponent Gantry at the start of the second batch gave the game on his serve and refused to continue the match.

The winner of the match between Kateryna Kozlova and Kristina Mladenovic in the quarterfinals of the tournament in Istanbul can play with second seeded
As Well As For Men Buzarnescu (Romania).