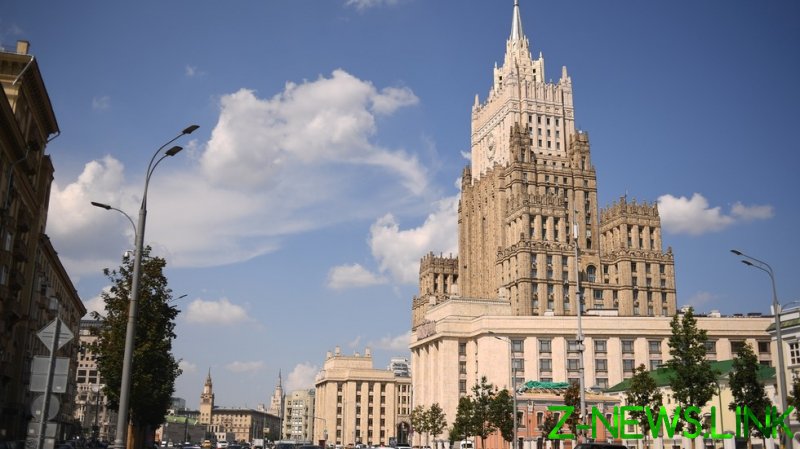 “We do not recognize the ‘independence’ of Kosovo, and, accordingly, the regional ‘government’ and other ‘structures’. For us, no ‘decisions’ of Pristina have legal force,” the embassy said on Friday, adding that its mandate in Kosovo is to cooperate with the UN Interim Administration Mission (UNMIK), based on the Security Council Resolution 1244.

The reaction comes after Kosovan leader Vjosa Osmani announced she had instructed her foreign ministry “to declare two officials of the Liaison Office of the Russian Federation in Kosovo ‘persona non grata’,” citing their alleged “harmful activities that risk endangering national security and the constitutional order.”

Kosovo is “determined to fight against the malign influence of the Russian Federation and its proxies in the region, which aim to undermine our achievements, and those of the US, NATO and the EU,” Osmani said, adding that her ‘government’ will “continue to closely cooperate with our American and European allies to prevent attempts for Kosovo and neighboring countries to fall prey to the Russian Federation’s ambitions to destabilize our region.”

The US-led NATO military bloc occupied Kosovo in 1999, following a 78-day war on behalf of ethnic Albanian separatists. UN Security Council Resolution 1244 guaranteed Serbia’s territorial integrity, but the provisional government in Pristina declared independence in 2008. While a number of America’s allies have recognized this, Serbia has not – and neither have Russia, China, five EU members and much of the UN.

Osmani became acting “president” last year, switching parties to join the hardline Prime Minister Albin Kurti, an advocate of merging Kosovo with Albania. Their government has refused any negotiations with Serbia until recognition, and ramped up attempts to force the remaining Serbs in the province to submit to their authority, in violation of earlier agreements mediated by the US and the EU.