Home / sports / Kosovo – Ukraine. The announcement of the match

Kosovo – Ukraine. The announcement of the match 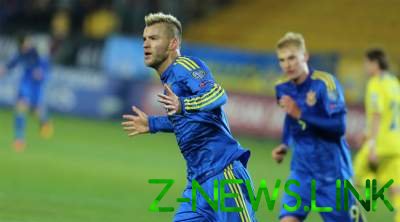 The national team of Ukraine in Albania will hold the penultimate match of the qualifying round for the 2018 world Cup in Russia.

An away defeat against Iceland (0:2) rejected the team Andriy Shevchenko in fourth place. For two rounds before the end of the qualifying round of the “blue-yellow” will retain chances to qualify for the world Cup, but the margin for error the team is no more. Only six points in matches with Kosovo and Croatia will allow Ukraine to count at least to participate in the play-offs.

To exit the match with Kosovo, Ukraine came up with the big personnel problems – Yaroslav Rakitskiy and Bogdan Butko was injured on the eve of the matches of the national team, Victor Kovalenko and Oleksandr Zinchenko will miss the game because of two yellow cards.

Under the final matches of the qualifying round the football Federation of Ukraine has completed the process of naturalization Marlos, but the Brazilian due to bureaucratic problems only at night joined the national team camp, but because his condition is now difficult to say. If Shevchenko will not dare to release the Brazilian in the starting lineup, the place can count Denys Harmash or Ruslan Malinowski.

What is nice is the form of Andriy Yarmolenko – Ukraine national team leader surprisingly quickly adapted to the Borussia Dortmund and managed only a month to become a prominent key player of the German club. Now the status Yarmolenko in the national team is comparable to the situation in which his time in the country’s main team was Andriy Shevchenko.

In the match with Kosovo “blue-yellow” it is important to quickly organize a comfortable and economical mode to take all three points. Everyone understands that a decisive battle will be on 9 October in Kiev against Croatia.