Konoplyanka is injured and was out for 2-3 weeks 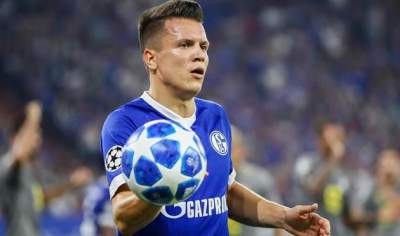 Yevhen Konoplyanka may not play for Schalke

Linnet had ended a training session of Schalke because of a thigh injury. A journalist of the German newspaper “Bild” mark Sickmann believes that the Ukrainians will be able to return to the pitch in mid-may.

“According to my information, the Ukrainian will be absent two or three weeks. Returning this season is still possible,” wrote Sikman on his page on “Twitter”.

The last round of the German Bundesliga “Shalke” will play on may 18. Thus, Linnet risks to terminate the season, because even in a healthy state in Eugene last games were not included in the application of “Cobalt”.

Konoplyanka in the summer, expects to leave the club. Schalke are ready to get rid of the Ukrainian legionary whose salary does not fit into the budget of the club for next season.

Konoplyanka this season due to injuries and lack of trust from the coaching staff in all tournaments played 20 matches. On account of the pupil Dnipro 1 goal and 2 assists.

The current contract Yevhen Konoplyanka with Schalke runs until the summer of 2020. Portal “Transfermarket” 29-year-old winger is estimated at 10 million euros.