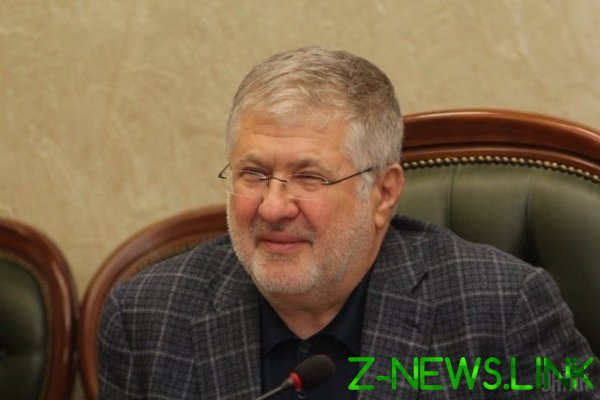 Kolomoisky says he doesn’t have points of intersection with Avakov.

The oligarch Igor Kolomoisky met with the head of the Ministry of internal Affairs Arsen Avakov on the day of the inauguration of President Vladimir Zelensky on may 21.

About this Kolomoisky said in an interview with the video-project UE “Clearly interview,” which will be released on the website and on the Youtube channel “the Ukrainian truth” on Thursday evening.

“Meeting of old friends. Two years no see”, – said Kolomoisky on the question of the motive of the meeting.

The nature of this friendship oligarch describes as follows:

“Combat Commonwealth. I Avakov was not personally acquainted until 2014 until he became Minister of the interior, and I’m the Governor.”

This Kolomoisky claims that has no intersection points with Avakov in business:

“Never overlap, do not overlap. While he is in office, most likely, not going to cross. We don’t even have no hits. No business ideas that today would bring us together. Even theoretically”.

On the question of whether Zelensky intention to leave Avakov as the interior Minister, Kolomoisky responded in the following way.

“The new President has nothing to do with this post. So what could be the intent in one direction or another, if he is this post irrelevant?”

To remark that, for example, “servant of the people” can win the elections or to join the majority and submit the candidacy of the Minister of internal Affairs Arseniy Avakov, an oligarch replied, “of Course.”

However, according to Kolomoisky, to speak of it too soon.

“I think they haven’t discussed this question. This is still far away. And what will be the coalition – no one knows.”

“Do I believe that they will take more than 50% and will be able, without creating a coalition to form a government? This would be a very bold statement, so to speak. But it seems to me that some kind of coalition will still be. Two or three parties”, – said the oligarch.

On the question of the future of genprokurora Avakov and Yuri Lutsenko Kolomoisky suggested the following:

“I think before the election to work to perform their duties. If you suddenly do not want to slam the door and go into politics, or just relax. To work there — not a lot of sugar. Some people think that there is smeared with honey”.