Home / WORLD / KNOCKOUT! Beterbiev blasts out Deines in 10th round of one-sided but drawn out Moscow title defence

KNOCKOUT! Beterbiev blasts out Deines in 10th round of one-sided but drawn out Moscow title defence 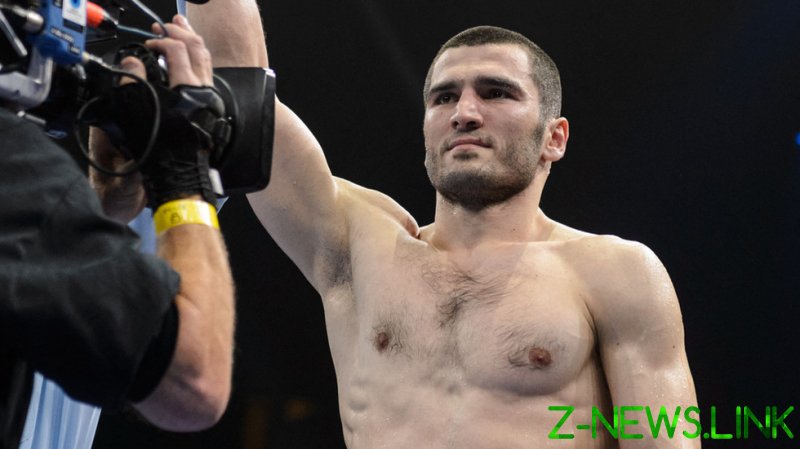 Beterbiev also kept his 100% KO ratio intact, making it 16 early victories from all 16 professional fights with a spine-tingling sweeping left hook that sent Deines stumbling to the canvas.

Although the 30-year-old managed to rise before the 10 count, trainer Dirk Dzemski deemed his charge in now position to continue and rightly threw in the towel.

That was despite Deines, who slips to 19-2-1, being knocked down in the first round which left the 6,000 inside the stadium guessing as to the seconds rather than rounds remaining of Beterbiev’s professional debut in front of home fans.

Nevertheless Deines slowly gained a footing after the first few rounds, Beterbiev seemed as though he couldn’t find a rhythm despite never taking anything less than a forward step and cutting off the ring for his Russian-born Magdeburg-based opponent.

As the middle-rounds approached, Beterbiev found more success and more of a groove, although Deines found chinks in the formidable armour in the eight round that were made up for by a Beterbiev perhaps as much perplexed by the German’s heart as at his own inability to knock him out.

Then in the tenth any fears of a first time going to points as a pro when a left hook crashed onto the side of Deines chin and sent him stumbling to the floor. Despite rising before the referee’s count of ten, trainer and former fighter Dzemski had seen enough and saved his man from further punishment.