Home / sports / Klitschko was close to agreeing a rematch with Joshua

Klitschko was close to agreeing a rematch with Joshua 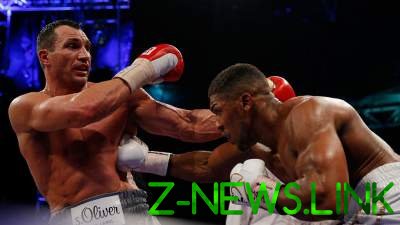 Ex-world champion in superheavy weight Vladimir Klitschko before last ranged between retirement and re-battle against the British Anthony Joshua.

The legendary Ukrainian in April after a long break connected with the failed attempt to seek revenge against Tyson fury returned to the ring and tried to fight with Joshua to back titles.

At Wembley in the presence of 90 thousand fans, Klitschko and Joshua gave one of the best fights in recent years – both fighters have been knocked down, and the last word remained with the British, nokautirovav Ukrainian veteran in the 11th round.

In early August Vladimir Klitschko suddenly announced his retirement. As it turned out, on the phone at the ex-champion was there another message in which he announced the rematch with Joshua.

“I love Boxing. I really like his fans, his problems and life chances. “Klitschko vs Joshua 2″, I’ll See you in the ring”, – this statement was prepared by Klitschko.

Earlier Vladimir Klitschko has not ruled out a return to the ring, but noted that to do this he will need a good reason.