Home / Society / Klitschko said at the Kiev will be Disneyland

Klitschko said at the Kiev will be Disneyland 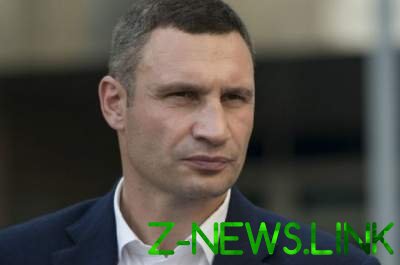 Klitschko has promised an amusement Park in the capital Hydropark.

In the framework of the development of tourist infrastructure in Kiev plan to reconstruct the water Park, to create a route Irpin — Kyiv and build the cable car.

The mayor of the capital Vitali Klitschko said during the Investment forum of Kiev.

“Kiev is a tourist center of Ukraine. Last year our city was visited by more than 1 million 200 thousand foreign and more than 700 thousand domestic tourists,” — said Klitschko.

According to him, in 2016, for example, the whole of Slovakia was visited by 1.5 million foreign tourists.

The mayor noted that today in Kiev is implementing a number of projects on development of infrastructure for tourism.

Klitschko also stressed that the already implemented project for the renovation of the hem.

Also this year will be presented to the investment project of reconstruction of the capital of hydro, which includes, in particular, the construction of an amusement Park similar to Disneyland.

“The draft “concept of development of Cycling infrastructure in Kyiv” is provided, in particular, the creation of a route Irpin — Kyiv, the creation of a system of public Bicycle and Bicycle Park-and-ride points,” — said Klitschko.

The mayor noted that the city — construction of the cableway, and the arrangement of excursions and sightseeing tower, construction of sports-recreational and beach areas on the island Trukhaniv.