Home / policy / Klimkin spoke about the conflict in the occupied Lugansk

Klimkin spoke about the conflict in the occupied Lugansk 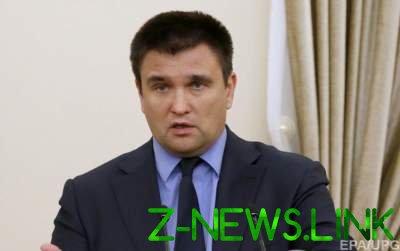 According to Klimkin, in the occupied Lugansk go to the showdown between the Russian special services.

The Minister of foreign Affairs of Ukraine Pavlo Klimkin said that Kyiv is closely monitoring what is happening in the occupied Lugansk.

According to him, the Ukrainian authorities understand the risk of provocations is there and the threat to the civilian population.

“As you said about the demolition, but it is not only the infighting between the inside these gangs – as the showdown between the relevant Russian special services. This very clearly proves that Russia was all taxis,” said Klimkin.

The Minister also noted that at yesterday’s meeting of the war Cabinet held a discussion on possible options, “including cooperation with international partners.”

He added that he had discussed the situation with representatives of the European Union and the OSCE.

The head of the CEC of Belarus Lidia Yermoshina, called on the losing presidential candidates …