Klimkin commented on relations with Poland 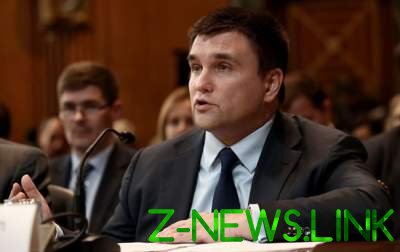 The foreign Minister recalled the destruction of the monument in the Polish village of Krusovice.

The Polish government has condemned acts of vandalism perpetrated against the Ukrainian monuments in Poland. This was stated on Friday, December 1, foreign Minister of Ukraine Pavlo Klimkin.

The Minister mentioned the most resonant act of vandalism – the destruction of the monument in Gruzovikah from Przemysl in April of this year, noting that it destroyed respect not to the UPA and Ukrainians.

“I condemned all acts of vandalism against the Polish monuments in Ukraine. Something I haven’t heard or can’t hear such condemnation from the Polish side,” – said Klimkin.

However, he expressed the hope that this monument will be restored, and Ukraine and Poland will be on the path of reconciliation.

“Our history goes back over thousands of years, it is a common story. So we need to look at it through the eyes of historians and politically needs to go further. Must have a government channel of communication. Have to say,” added the Minister.

He noted that the negotiations with Poland, Ukraine will defend the respect for the Ukrainians.

“It cannot be otherwise. No one ever defended those individuals or individual units or their methods against the civilian population. But we are not condemned, are not condemned and will condemn those who fought and died in the heart of Ukraine,” added Klimkin.

“Don’t be afraid to admit the historical truth, but must be responsible to ourselves, our relationships and the people,” he concluded.