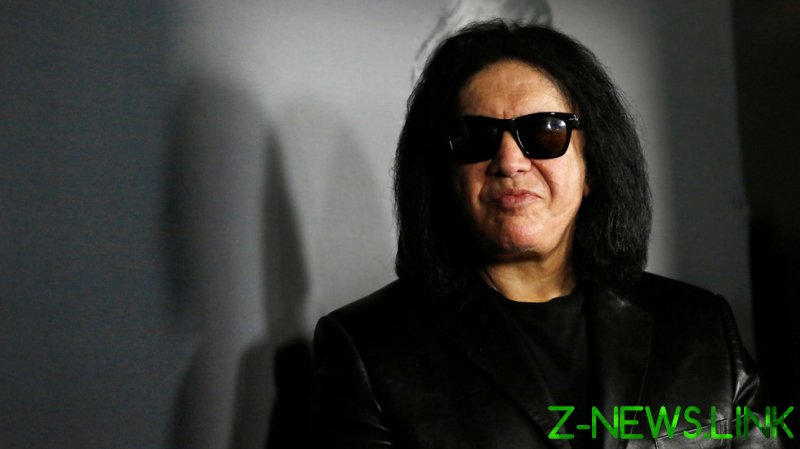 Simmons, the frontman of legendary rock band Kiss, ripped into anti-vaxxers who knowingly expose other people to the risk of infection. Speaking on Wednesday to “TalkShopLive”, he called such people “an enemy” and said they should be identified and exposed.

“You are not allowed to infect anybody just because you think you’ve got rights that are delusional,” he said.

The issue came up as Simmons was discussing the latest ‘KISS Kruise’ and how fans who wanted to participate in one are now required to be vaccinated. He said it was no different from rules that require strapping on a seatbelt or not smoking in a building.

Such things are mandated “not because they want to take away your rights – that’s because the rest of us hate it. We don’t want to smell your smoke,” he said

He suggested that people who refuse vaccines should be “identified and brought out into the open.”

“Know who your friends are by how much they care about you. That includes Covid-19,” Simmons said. “If you’re willing to walk among us unvaccinated, you are an enemy.”

The singer ripped into the politicization of vaccines, saying people on both sides of the aisle were responsible for vaccine rejections and Covid-19 denialism, which he compared to believing that the Earth is flat.

“Humanism and humanity is what we should all be concerned about. Love thy neighbor as thyself,” Simmons added.

Simmons’ remarks are among the latest coming from the camp of celebrities dunking on vaccine refuseniks. Outspoken British TV host Piers Morgan blasted them on Friday as “a bunch of spineless p***ies” not worthy of their heroic ancestors.

There are also celebrities rejecting vaccine mandates, which critics see as paving the way for increased authoritarianism, including at a personal cost. Brooklyn Nets 29-year-old star Kyrie Irving has been benched since last season over refusing the vaccine and is giving up about half of his $35 million salary over missing games.