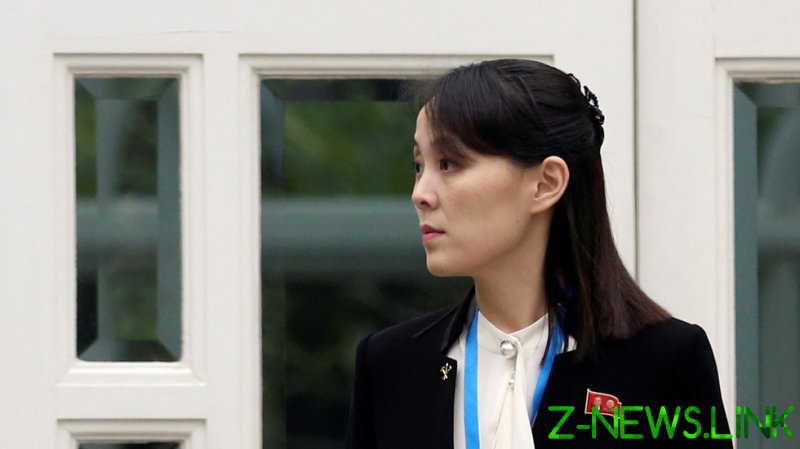 North Korean leader Kim Jong-un’s influential sister has not made any statements or public appearances for some time, triggering reports of her political downfall or even death in South Korean and Western media. Such rumors routinely appear during prolonged periods of silence from any of the top Pyongyang officials.

Kim Yo-jong emerged from her hiatus on Wednesday, however, dispelling the rumors yet again and delivering fiery remarks aimed at South Korean Foreign Minister Kang Kyung-wha.

“It can be seen from the reckless remarks made by her without any consideration of the consequences that she is too eager to further chill the frozen relations between the north and south of Korea,” Kim said, as cited by KCNA.

The angry statement comes in response to remarks delivered by Kang last week. Speaking at a security forum in Bahrain, she said the coronavirus pandemic has made North Korea even “more closed” than before and disputed Pyongyang’s claims it did not have any cases of the virus.

“They still say they don’t have any cases, which is hard to believe,” Kang said during the event. “All signs are the regime is very intensely focused on controlling the disease that they say they don’t have. So it’s a bit of an odd situation.”

The minister also expressed regrets that Pyongyang “has not been very responsive to our offer of help on the Covid-19 front.”

While South Korea’s coronavirus record is nowhere near the zero claim of its northern neighbor, the country has coped very well with the pandemic, imposing heavy restrictions on its populace. It has registered some 40,000 Covid-19 patients since the beginning of the year, while the worst-affected countries have clocked hundreds of thousands and even millions of cases.