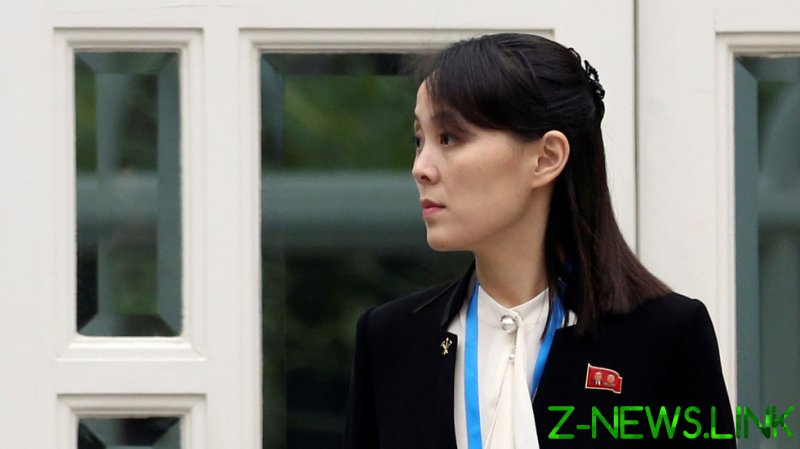 When covering last week’s memorial service for the power siblings’ father, Kim Jong-il, the Korean Central News Agency (KCNA) named Kim Yo-jong alongside members of the Political Bureau of the Central Committee of the ruling Workers’ Party. She was mentioned with the sitting members and alternate members of the Politburo, the party’s policy-setting body that holds several meetings each year.

Kim Jong-il was also shown standing closer than expected to her brother at the Kumsusan Palace of the Sun during the solemn Friday ceremony marking 10 years since the death of Kim Jong-il. Some North Korea-watchers suggested it may indicate a promotion to an alternate member of the Politburo, or at least a shift in the relative power of party officials.

Kim Jong-un’s sister previously held an alternate Politburo membership, but was demoted in January during a party congress. The Politburo held a meeting in early December to set the agenda for a full Central Committee session later in the month and next year’s party congress.

State media reported the meeting as the fifth in 2021, indicating that the party leadership held an unpublicized meeting since their publicly reported third meeting in September. Decisions affecting power rankings may have been taken there, some observers suggested.

Another explanation would be that Kim Jong-il’s relative prominence was due to her blood and the family nature of the ceremony rather than her office. Another image from the same day, which showed a large group of officials inside the Kumsusan Palace of the Sun, showed her standing in the fifth row. The palace is the place in Pyongyang where the bodies of Kim Jong-il and his father Kim Il-sung are lying in wait.

“It’s difficult to conclude at this point whether there was a change in her status as she is seen at various positions at major events,” a spokesperson for South Korea’s Ministry of Reunification told a press briefing on Monday, when asked about the images.

The latest official news about Kim Yo-jong’s status came in September, when her promotion to the government’s State Affairs Commission was announced. She is also a member of the Central Committee, and the vice director of the party’s Information and Instruction Department.