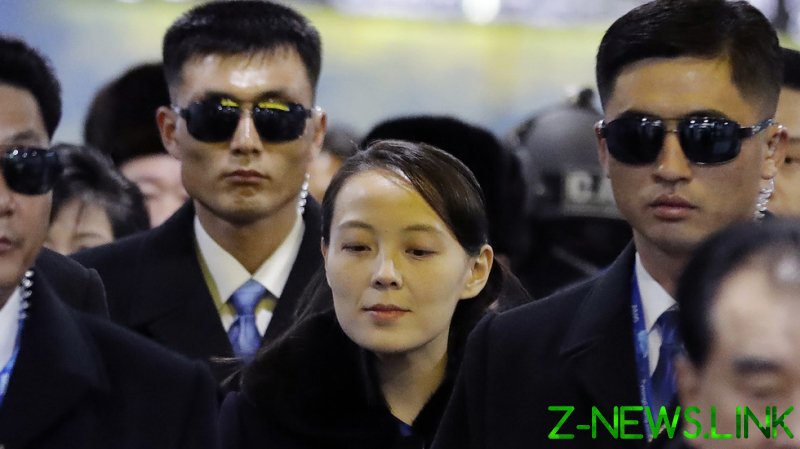 The sister of North Korean leader Kim Jong-un has warned of increased tensions with South Korea after its defense minister spoke out on his country’s ability to strike Pyongyang with precision weapons.

Friday’s comments by South Korean Defense Minister Suh Wook have “further worsened the inter-Korean relations and military tension on the Korean Peninsula,” Kim Yo-jong said, according to North Korean state-run news agency KCNA on Sunday. She added that South Korea “may face a serious threat” as North Korea considers its options in response to Suh’s statement.

The defense minister spoke of South Korea’s military readiness amid recent provocations from Pyongyang, such as last month’s launch of an intercontinental ballistic missile (ICBM), saying Seoul can “accurately and swiftly strike any targets” in the North.

“Currently, our military possesses large numbers and various types of missiles that have greatly improved in terms of ranges, accuracy and power,” Suh said.

South Korea has responded to the ICBM launch by touting its military capabilities, such as test-firing multiple missiles and showcasing its F-35 jets in a training exercise. Suh noted South Korea’s ability to carry out precision strikes on the “origin of any attack and its command and support facilities.” He said, too, that South Korea is further developing an advanced missile-defense system “that the North does not possess.”

Kim Yo-jong is a deputy department director of the Central Committee of the Workers’ Party of Korea and serves as a member of North Korea’s State Affairs Commission. She’s a key adviser to her brother and often takes a lead role in condemning South Korea and the US, such as when they hold joint military exercises.

Kim Yo-jong called Suh a senseless “scum-like guy” and a “confrontation maniac,” according to KCNA translation of her outburst.

“He must be crazy or silly to speak of preemptive attack on the nuclear weapons state,” Pak said. If such an attack is attempted, he vowed, “our army will mercilessly direct all its military force into destroying major targets in Seoul and the South Korean Army.”